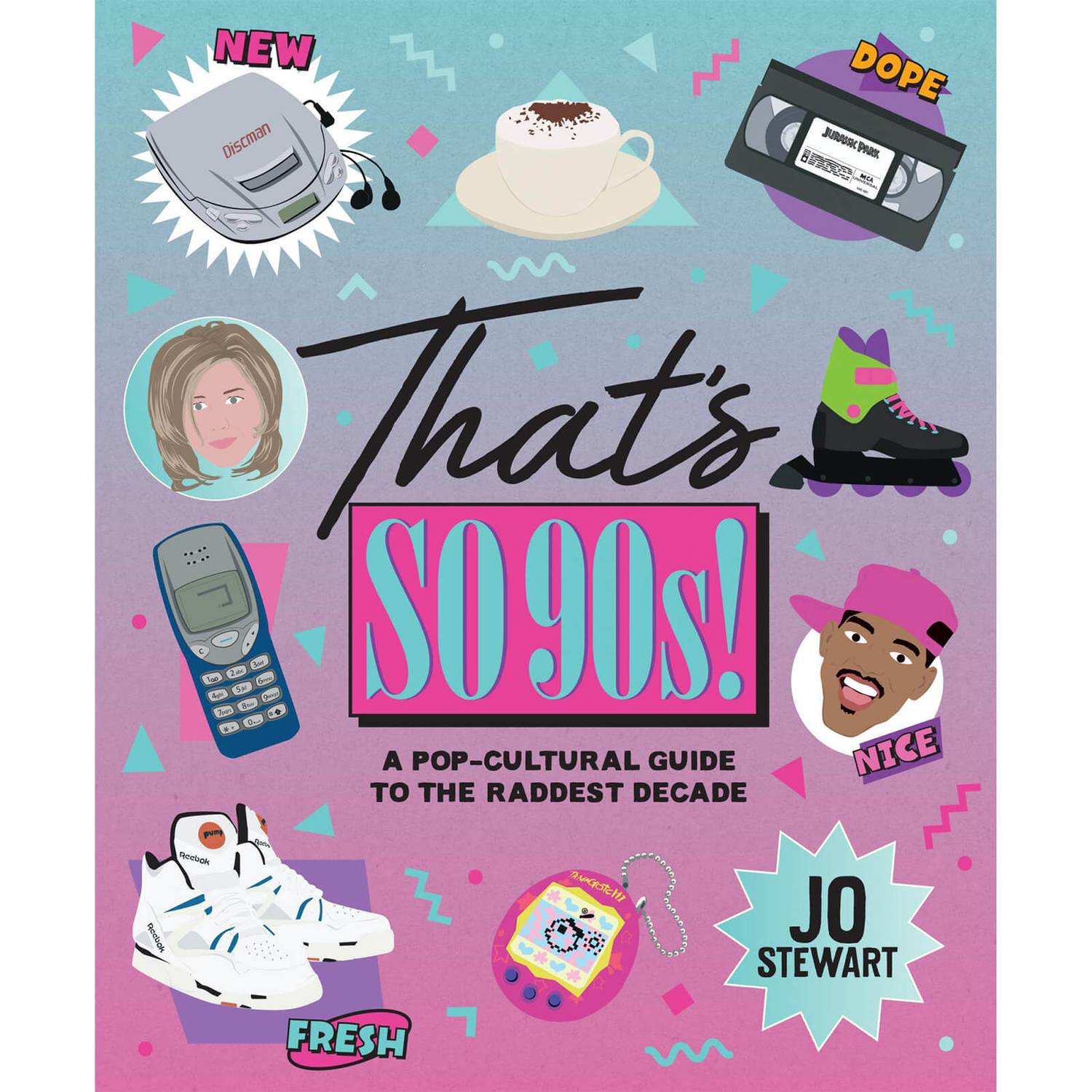 A flashback to the iconic pop cultural moments of the decade – this is history at its most irreverent. Any ‘90s kid will find themselves reminiscing over The Spice Girls, Furbies, Robin Williams in Flubber, Pokémon, Jelly shoes and Leonardo DiCaprio’s floppiest hairdos.
Any millennial will say that the 1990s were the best decade – even though many were still in nappies at the time. Regardless, they’re right. Much of ‘90s culture dictates ours today. Without Friends or Seinfeld, would our world still turn? If Nirvana hadn’t made it big, would grunge have ever reached the masses? Can anyone even pass a driving test without training in Mario Kart?? We doubt it, and this book proves it.

Jo Stewart is an Australian writer whose work has featured in Monocle, Lonely Planet, VICE and more. She writes about pop culture, travel, nature and history. Jo is the author of I Can Get Paid For That?, published by Smith Street Books.