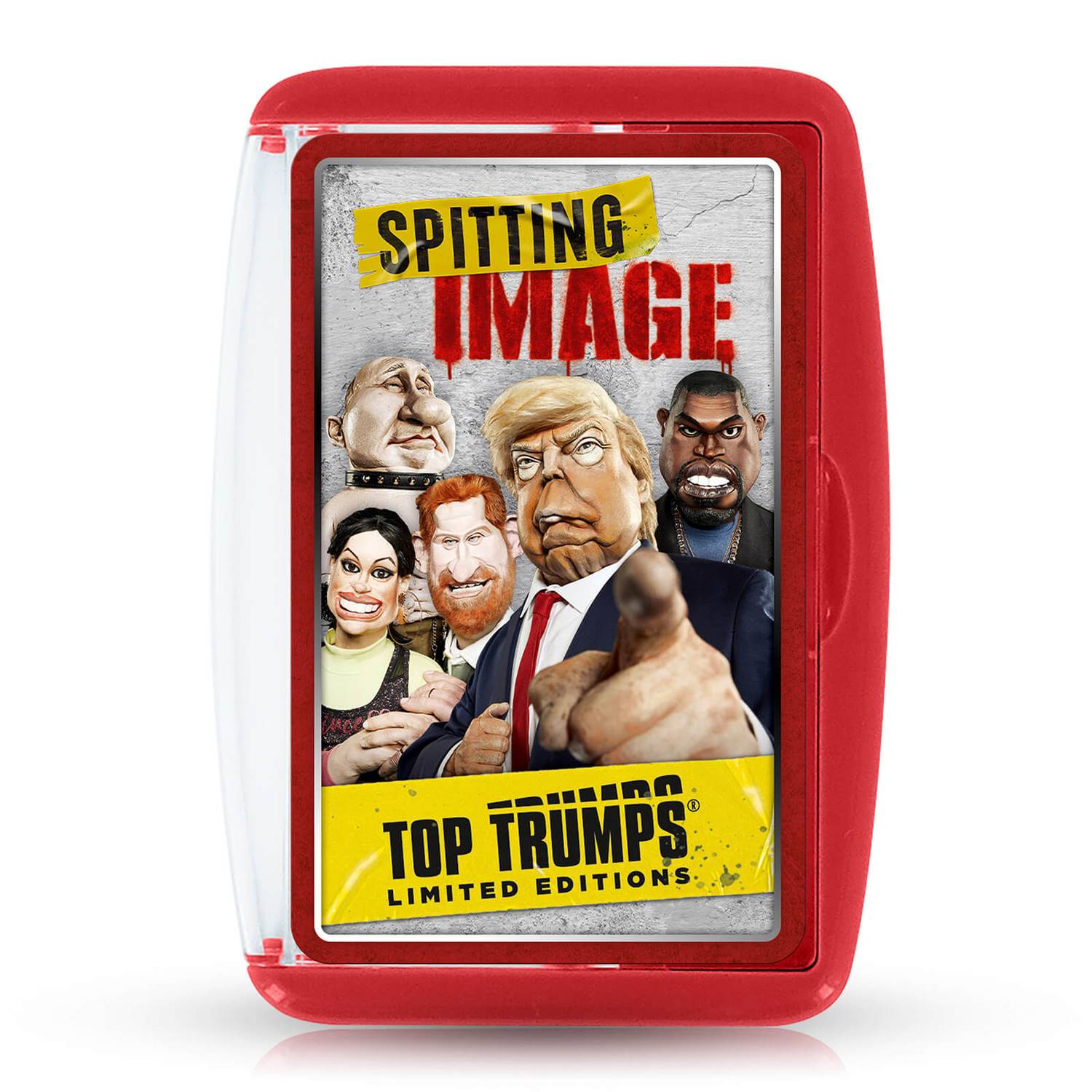 Spitting Image, the uncompromising satirical television puppet show is back on our screens to deliver a fresh look into the lives of the rich, the famous and the famously flawed. This Spitting Image Top Trumps Limited Editions deck offers our view on who really rules the world. Pick from thirty of the greatest characters from the outrageous new BritBox series, including Angela Merkel, Boris Johnson, Donald Trump, Kim Kardashian, Kanye West and James Corden as you battle it out to discover who is the Top Trump.

With categories including Heart Throb, Bank Balance, Shelf Life and World Domination, each card features a detailed character bio that’s every bit as naughty, nutty and near-to-the-knuckle as the show itself. After a 25-year break, this satirical breath of fresh air is back on TV, giving an uncomfortable, yet entirely plausible insight into some of the world’s most talked-about characters, from politicians to pop stars, performers and the Pope.