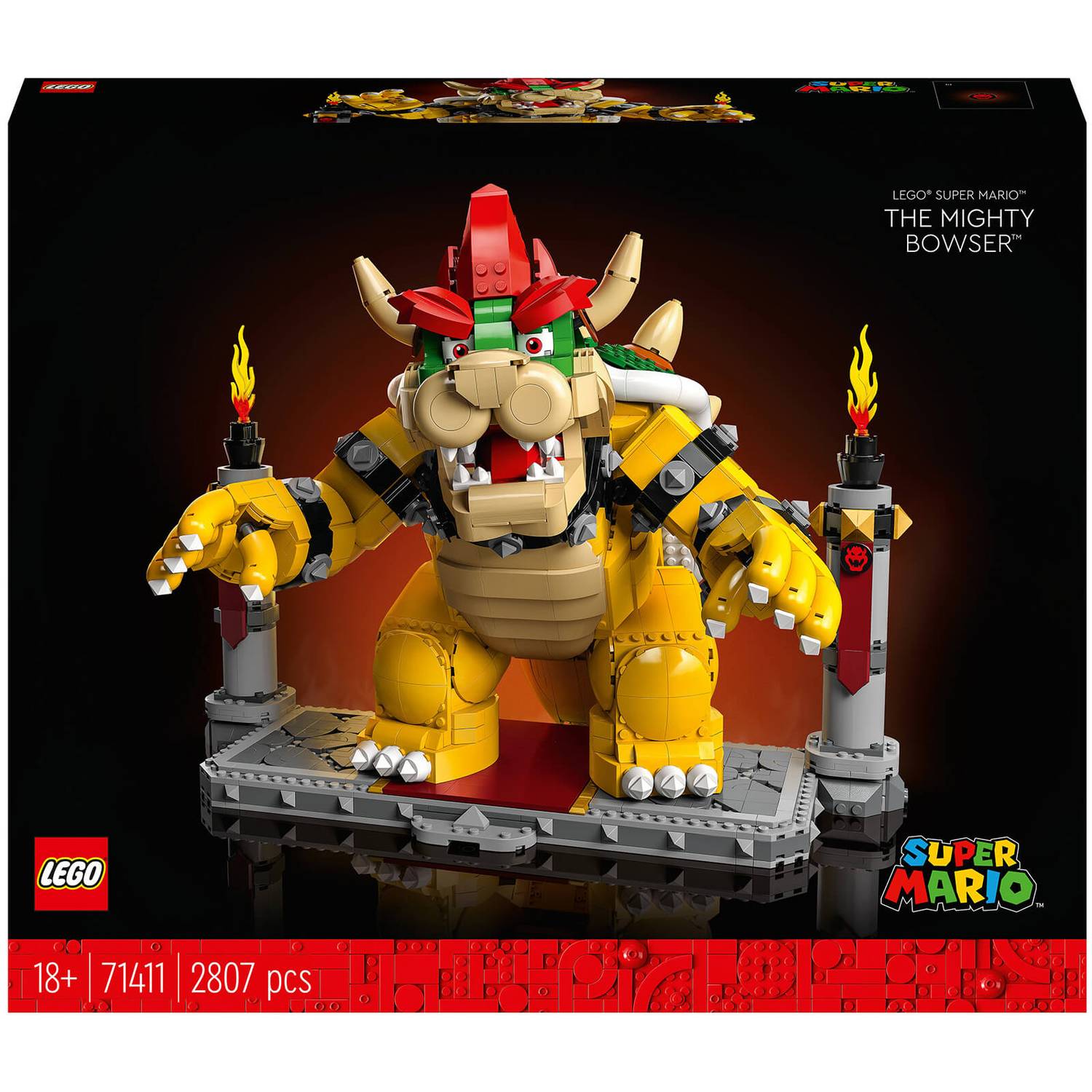 This buildable Super Mario character figure uses new-for-October-2022 LEGO elements to recreate the look of Bowser's spikes and has many features including a fireball launcher and a button to control Bowser's head and neck movements. His arms and fingers move too! Display The Mighty Bowser figure on the brick-built battle platform, which has 2 towers for him to knock over, a hidden POW Block and an Action Tag.

You can also combine The Mighty Bowser and the platform with a LEGO Super Mario Starter Course (71360, 71387 or 71403 - sold separately) for battles with LEGO Mario, LEGO Luigi or LEGO Peach figures.

Look out for other LEGO Sets for Adults in the collection. Whatever your passion, there is an inspiring building project waiting for you. This LEGO Super Mario set includes step-by-step instructions to guide the complex build and makes a great gift for any Super Mario fan and fun for all the family.