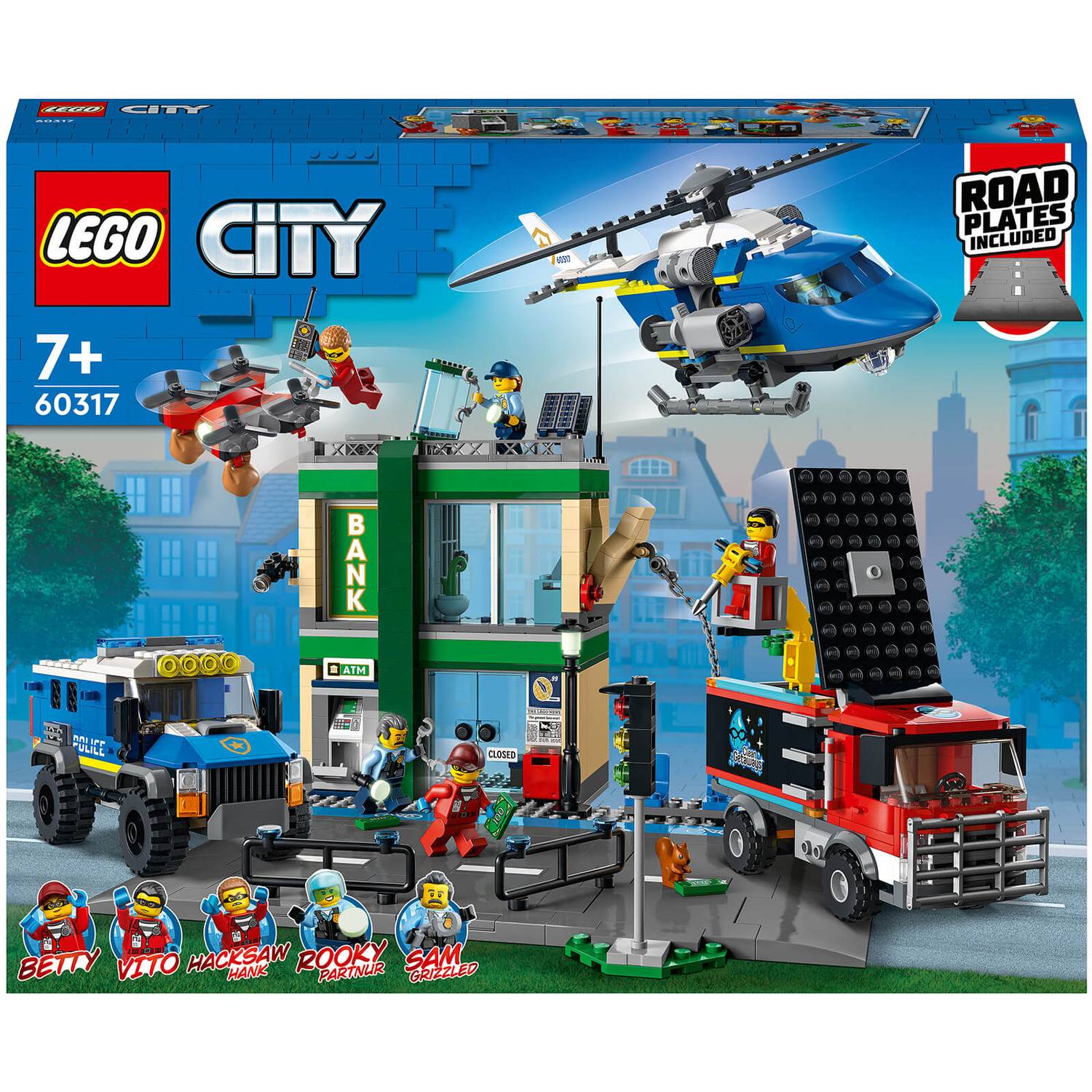 Endless action awaits with this LEGO City Police Chase at the Bank (60317) toy for kids 7 + years old! The LEGO police set features a function-packed bank building, a cleaner's truck that folds out into a crooks' heist vehicle, a police toy helicopter and a police truck toy.

Plus, with 6 minifigures, including 5 popular characters from the popular LEGO City Adventures TV series and a Road Plate system to connect to other LEGO playsets, there is plenty to look forward to!

This LEGO building toy includes a step-by-step printed building guide and interactive digital building instructions. Available in the free LEGO Building Instructions app for smartphones and tablets, the digital guide comes with intuitive zoom and rotate tools that allow kids to visualise each model from all angles as they build.

The open-ended world of LEGO City playsets put kids at the heart of the action, where they decide the stories, with feature-rich buildings, realistic vehicles and fun characters that inspire imaginative, open-ended play. LEGO City Adventures police sets can be given as a birthday or any other-day gift for kids 7+ years old.