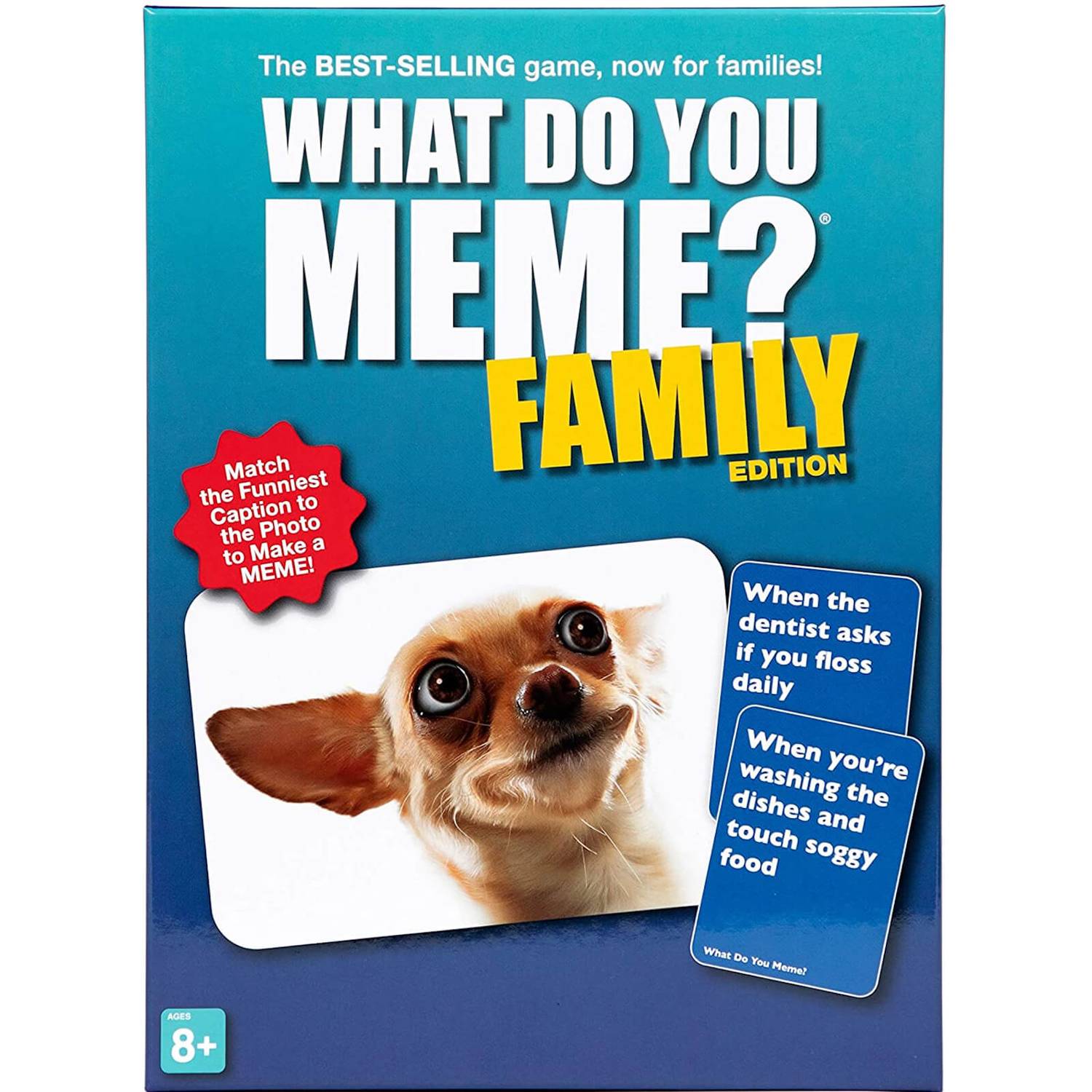 What Do You Meme? Family Edition

The hilarious game you know and love, now with all the R-rated content removed for family-friendly fun.

THE NAME OF THE GAME: Here’s how it works — compete with your friends and family to create the funniest memes. Do this by using one of your dealt caption cards to caption (get it?) the photo card in each round.

WHO WILL BE CROWNED MEME QUEEN/KING: The winner of each round is decided by a rotating judge. Pro tip: pick your caption card to match the judge’s sense of humor. Extra pro tip: Make sure the judge shuffles the cards for anonymity.

WHAT’S INSIDE: Each What Do You Meme Family Edition game contains 300 caption cards and 65 photo cards.

MORE FUN THIS WAY: Did you know that we make other awesome games? In addition to What Do You Meme Family Edition, there’s a lot more fun from What Do You Meme including family-friendly games like Doubles! And Party Bowl, as well as tons of adult party games too.