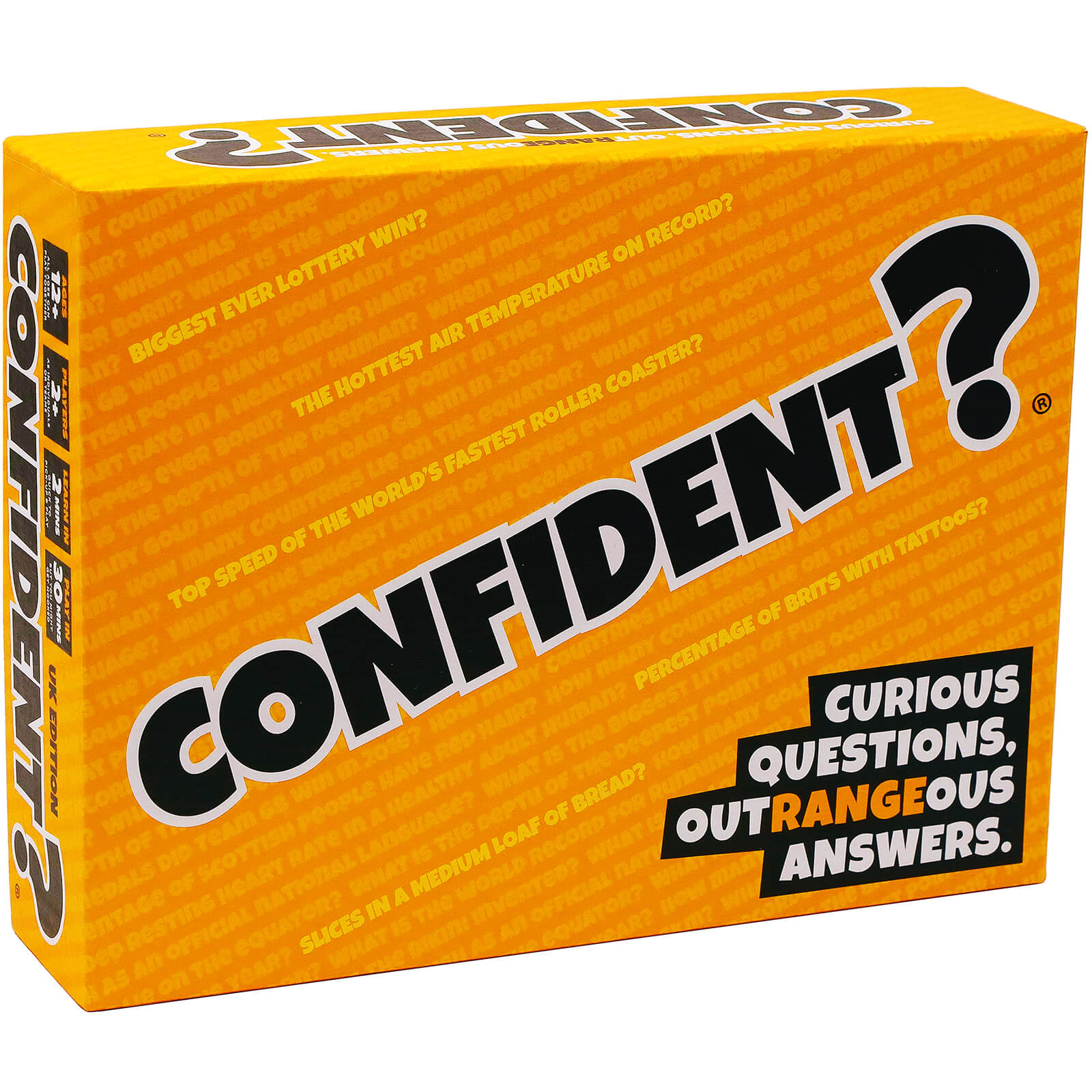 CONFIDENT? is an exciting new party game that's unlike anything you've played before. Players get asked curious questions like "in what year was the bikini invented?" and "how many films have Pixar released?", but instead of answering with one answer, you answer with a range. You might think that Pixar have made between 10 and 50 films, or if you're a big Toy story fan and you're feeling confident, maybe you'd say between 15 and 25. You win points if the right answer's in your range, but the more you're sure, the more you score! So, the most confident player gets the most points - it pays to GO small OR GO HOME!