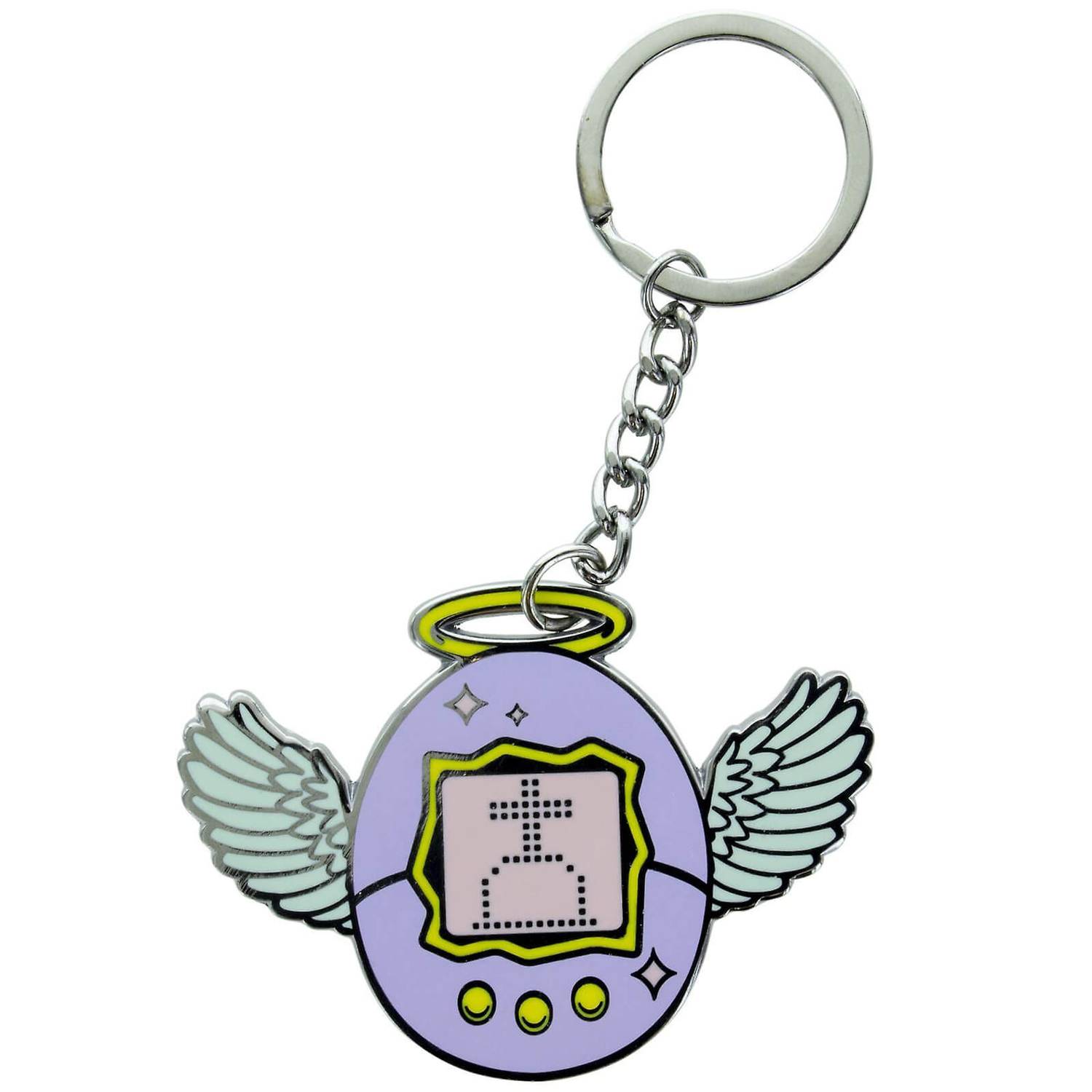 Carry a piece of classic 90s memorabilia around with you at all times with this super-fun Tamagotchi Keyring. This shaped metal keyring features a Tamagotchi design, however, in this instance the digital pet has sadly passed away. The Tamagotchi itself has wings and a halo, and the printed artwork on the design has an epoxy resin finish. Working nicely as a stocking filler or Secret Santa present and also great for birthdays, this handy keyring is a fantastic gift for children of the 90s. Its also ideal for anyone who was caught up in the Tamagotchi trend. Tamagotchi is a handheld digital pet that was created in Japan by Bandai. Released in the 90s the toy quickly became hugely popular. By the end of the decade and into the early 00s, the Tamagotchi was one of the biggest toy fads of its era. Upon activating the Tamagotchi an egg appears, which then hatches turning into a small digital pet which needs to be cared for. The pet then goes through a series of life cycles, as its owner cares for it through feeding it, playing games with it and cleaning up after it. As of 2017 over 82 million units have been sold, meaning millions of people around the world have spent hours caring for their little digital pets. The Tamagotchi Keyring is an officially licensed Tamagotchi product.