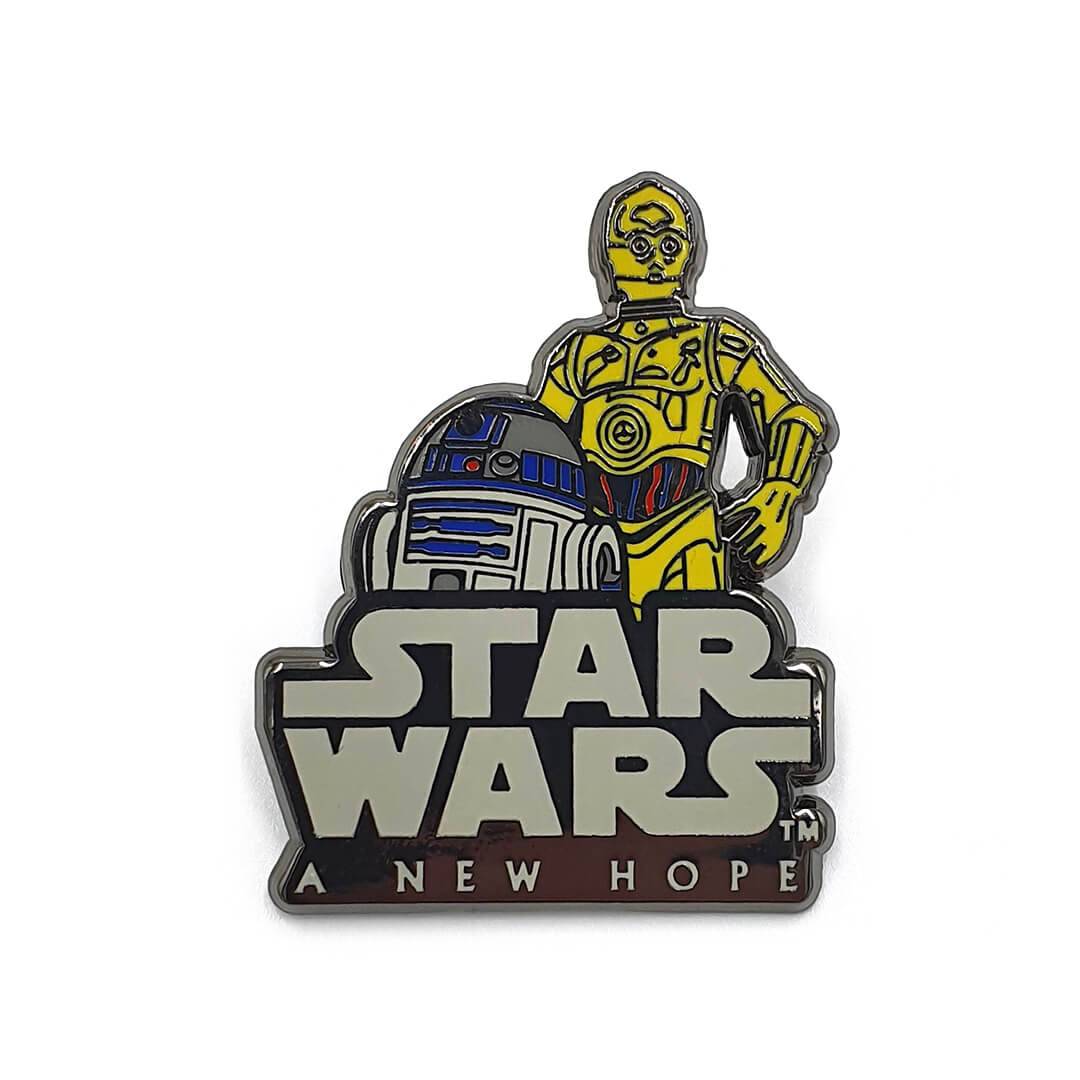 This online exclusive AR pin badge by Pinfinity features everyone’s favourite droid’s, R2-D2 and C3P0 with the New Hope logo. When scanned using the free Pinfinity app, the pin will come to life and unlock rare concept art made for the original 1977 film that can be seen captured inside the logo. While you are viewing the concept art, you can click the graphic on screen at any time to hear R2-D2’s adorable beeps and click again to mute him. Get your hands on this unique pin and enjoy the many concept art sketches of your favourite characters, scenes and vehicles with the power of AR.

The Pinfinity AR app is available for free on Google Play https://play.google.com/store/apps/details?id=com.fabricflavours.pinfinity and App Store https://apps.apple.com/us/app/pinfinity-ar-companion-app/id1484510755?ls=1.

In a galaxy far, far away the conflict between the opposing forces; the Jedi and the Sith continues in the ultimate battle between light and dark supremacy of the galaxy. Rey and the resistance must rise once again, battling the Sith and the First order in the final chapter of the Skywalker Saga.
The Rise of Skywalker forces its way into Cinemas this Christmas on December 19th (2019). As the ninth film in the iconic series it is set to be the final climax between the Light and Dark sides. The Skywalker saga has span over 42 years with the first film released in 1977; Star Wars: Episode VI - A New Hope. With the long battle finally coming to an end which side will you stand by?