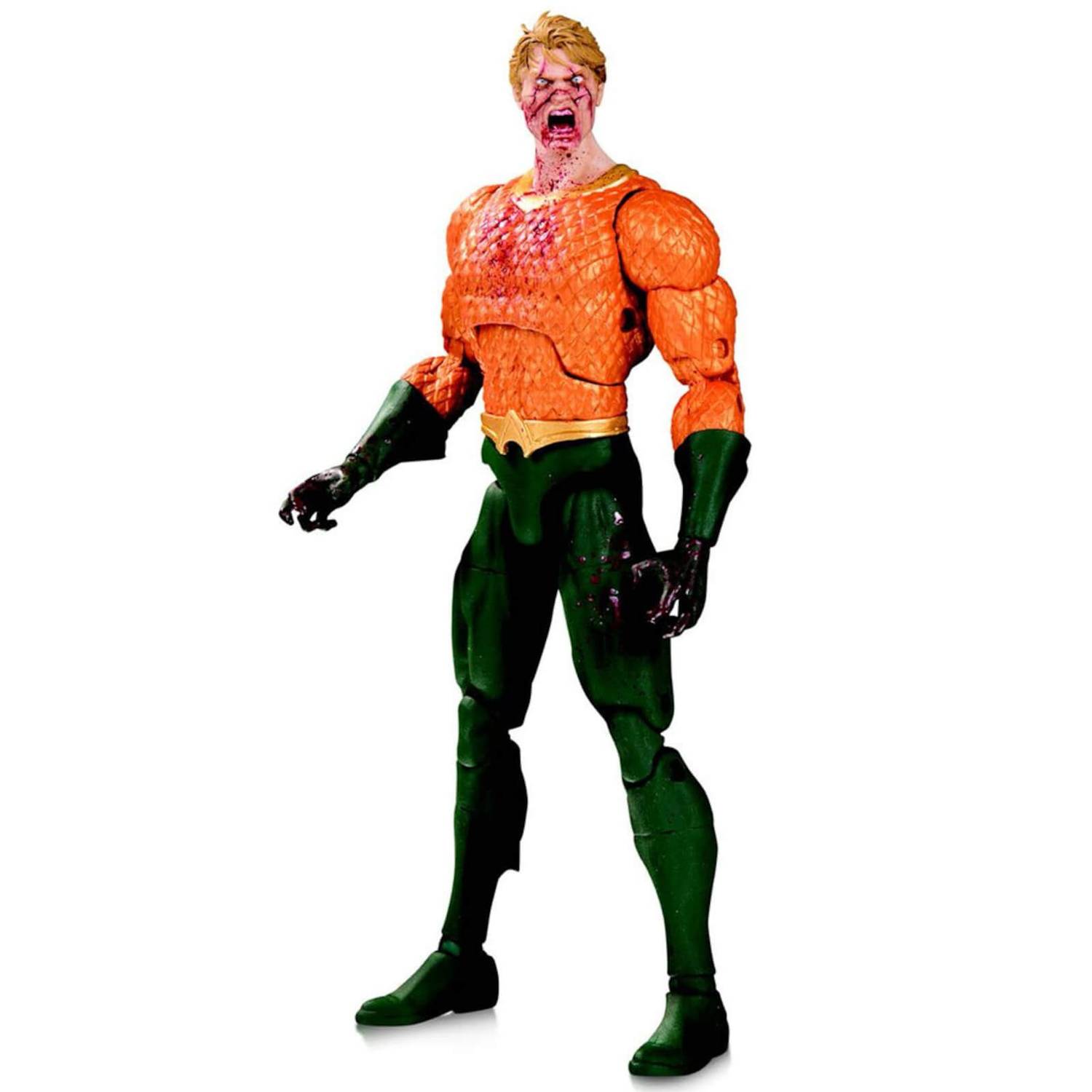 Based on the popular DC Comics miniseries from 2019, DCeased, this DC Essentials action figure takes the most popular characters in the line and turns them into zombie-like creatures.

Spreading death throughout the oceans, this DCeased Aquaman action figure portrays the King of the Seas as a white eyed, undead monster terrorizing sea and land creatures alike.