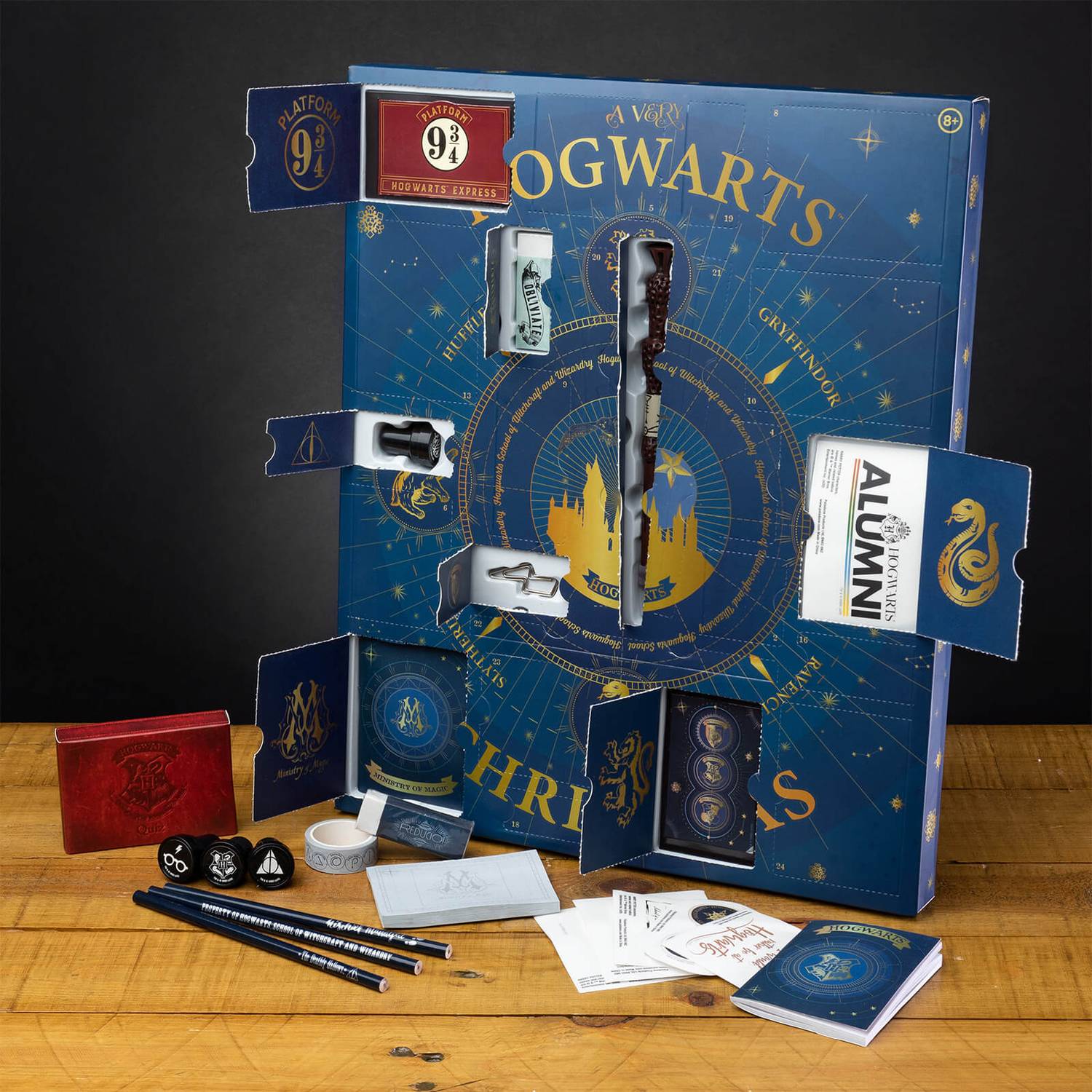 Return to Hogwarts School for Witchcraft and Wizardry with this Harry Potter 2020 Advent Calendar, casting an entrancing spell over your annual Christmas countdown.

Bored of the same-old chocolate sensation? Then why not sprinkle some magic over your winter festivities by returning to the fantasy domain of Harry Potter?

Designed after the aesthetic of Hogwarts, you can now spruce up your household and prepare to spend a semester—or at least 24 days—as a student in the iconic school’s great halls.

Wands at the ready, it’s time to don the Sorting Hat and find your house. Whether you’re a Gryffindor, Hufflepuff, Ravenclaw, or even a questionably nefarious Slytherin, this advent calendar doesn’t discriminate, granting every aspiring wizard or witch access to its ancient secrets.

And this time, the secrets are very much Christmas oriented—kicking off your celebrations with some much-needed grandeur.

Originally conceptualised as a novelisation depicting the eponymous Harry and his engrossing group of young friends, the series elevated itself to the heights of cinematic lustre, spanning eight franchise films and a spin-off series situated in the states, titled Fantastic Beasts.

Just as the surprises never end in this fantastical world of enigmatic characters and fictitious beasts, so too can be said for this Harry Potter 2020 Advent Calendar, bringing with it a prestigious vault of tantalising treats.

Behind each door, you will find an eclectic selection of unique Harry Potter memorabilia, including a broad range of stationary, trivia, notebooks, and more—perfect for any loyal Potterhead.

Tat fluffed up with stickers

Majority of days are stickers. Not even remotely worth the price. Big regrets.

This calendar is great. I'm a potterhead and this calendar includes things i haven't seen anywhere else before. Its also not super expensive. Cant wait t begin opening it.