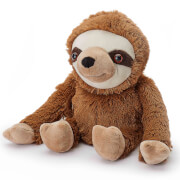 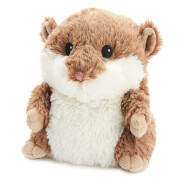 You're going to love the Baby Gupi. Just as adorable (maybe even a tiny bit more adorable) as the original, the Baby version is the perfect thing for kids who aren't quite ready to have a pet of their own. You can cuddle him, play with him or just leave him to his own devices. Sensors in his nose mean that he won't bump into anything when he's pottering about the place, and you can even put him in a maze if you're feeling cruel and he'll find a way out in no time.

He's extremely interactive, and the way you treat him affects his behaviour - just like a real pet. If you don't play with him, he'll become withdrawn and descend into alcoholism (only kidding, he'll just fall asleep), but if you stroke him all the time using the sensitive patch at the back of his neck he'll be simply giddy with excitement around you. Little details like this make him all the more realistic, and perfect for kids who are hankering after the real thing.

There are two modes for your Baby Gupi (obviously the similarity to a real guinea pig has to end somewhere): he will either trundle along happily by himself, or in the second mode he will use the sensors in his nose to avoid obstacle. Put him in a hamster ball, put him in a maze, put him anywhere you like except the bath. In short, the Baby Gupi will delight anyone who wants a pet but doesn't want the hassle that goes with it.