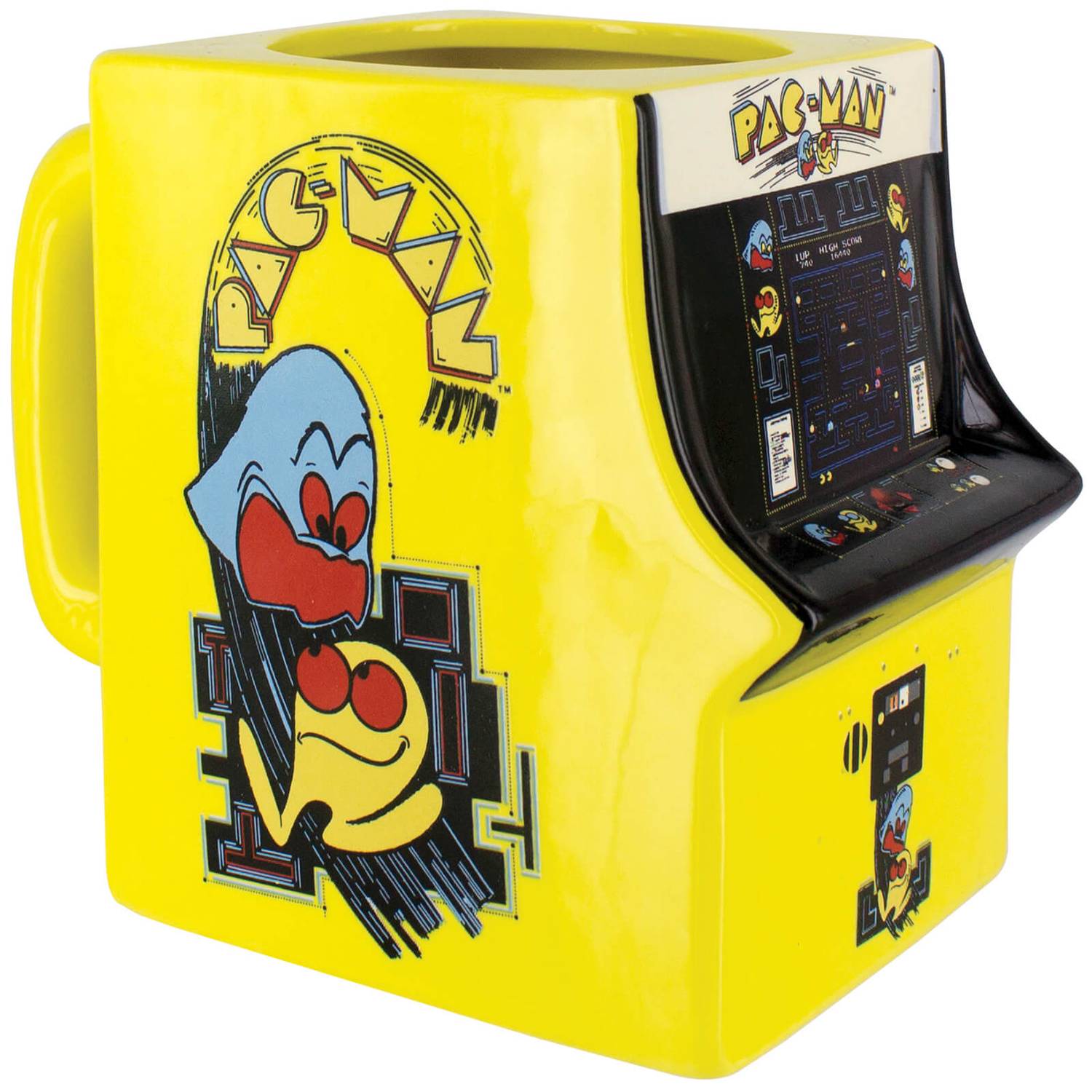 Get the ultimate power-up boost by taking your refreshment to the next level with this iconic PAC-MAN Shaped Mug! An over-sized drinking mug inspired by one of the greatest arcade games ever made, the PAC-MAN Shaped Mug takes its distinctive design from a classic arcade machine and features PAC-MAN images and logos. First launched in 1980, PAC-MAN was one of the most influential arcade games of the decade. Featuring the iconic pizza shaped hero (based on the Japanese character for mouth), the game established the trend for a mascot led gaming franchise, and the character soon became an instantly recognizable icon of popular culture. Starting from a simple premise of collecting pellets around a maze (whilst being pursued by the four intrepid ghosts of the game – Blinky, Pinky, Inky and Clyde), the game has remained popular ever since, spawning numerous sequels, remakes and spin-offs, and is a much treasured classic by gamers young and old alike. Great for fans and gamers, the PAC-MAN Shaped Mug is an ideal gift solution for birthdays, Christmas stocking fillers or even the office Secret Santa, and is an officially licensed product.