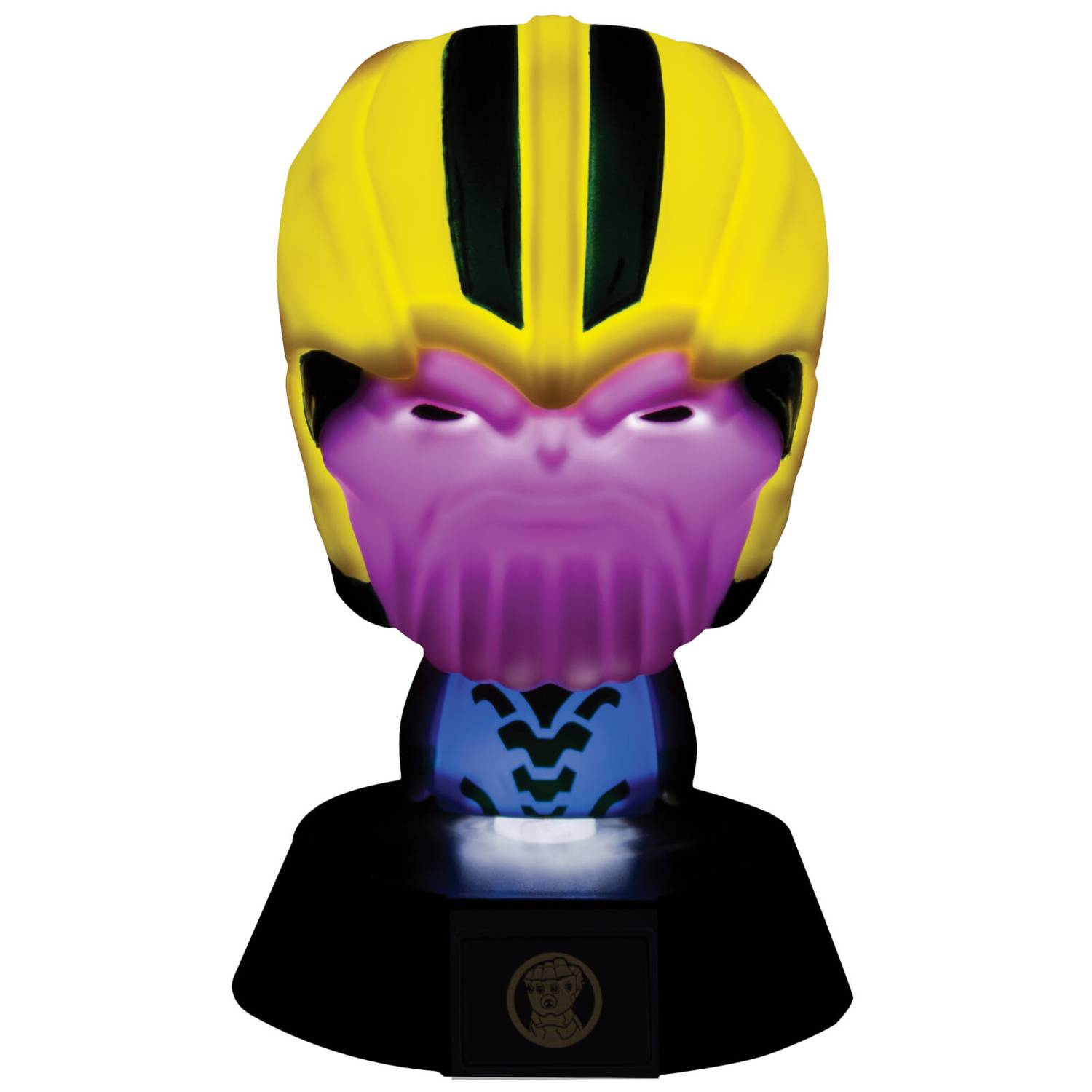 Brighten up your bedroom, living room, or study, and have the evil Titan Thanos by your side with this fun Thanos Icon Light.

This awesome light is in the shape and design of Thanos, one of the most powerful and evil beings in the Marvel Avengers universe. Thanos is standing on a black base with the Infinity Gauntlet icon printed on its front.

This light is 10cm tall and is powered by two AAA batteries, which are not included. The Thanos Icon Light is a great gift for comic book fans and lovers of the Marvel Avengers films alike.

First appearing together in comic book form in 1963, the Avengers were labelled 'Earth's Mightiest Heroes', and their heroic deeds have entertained fans young and old for generations. With the Marvel Cinematic Universe, the Avengers have reached a whole new audience, transcending their comic book origins. Avengers Endgame is the final film in The Avengers series that includes The Avengers, Avengers: Age of Ultron, and Avengers: Infinity War. The film, which was released in 2019, was created by Walt Disney Studios and features an outstanding cast in including Scarlett Johansson, Robert Downey Jr, and Chris Hemsworth among others.