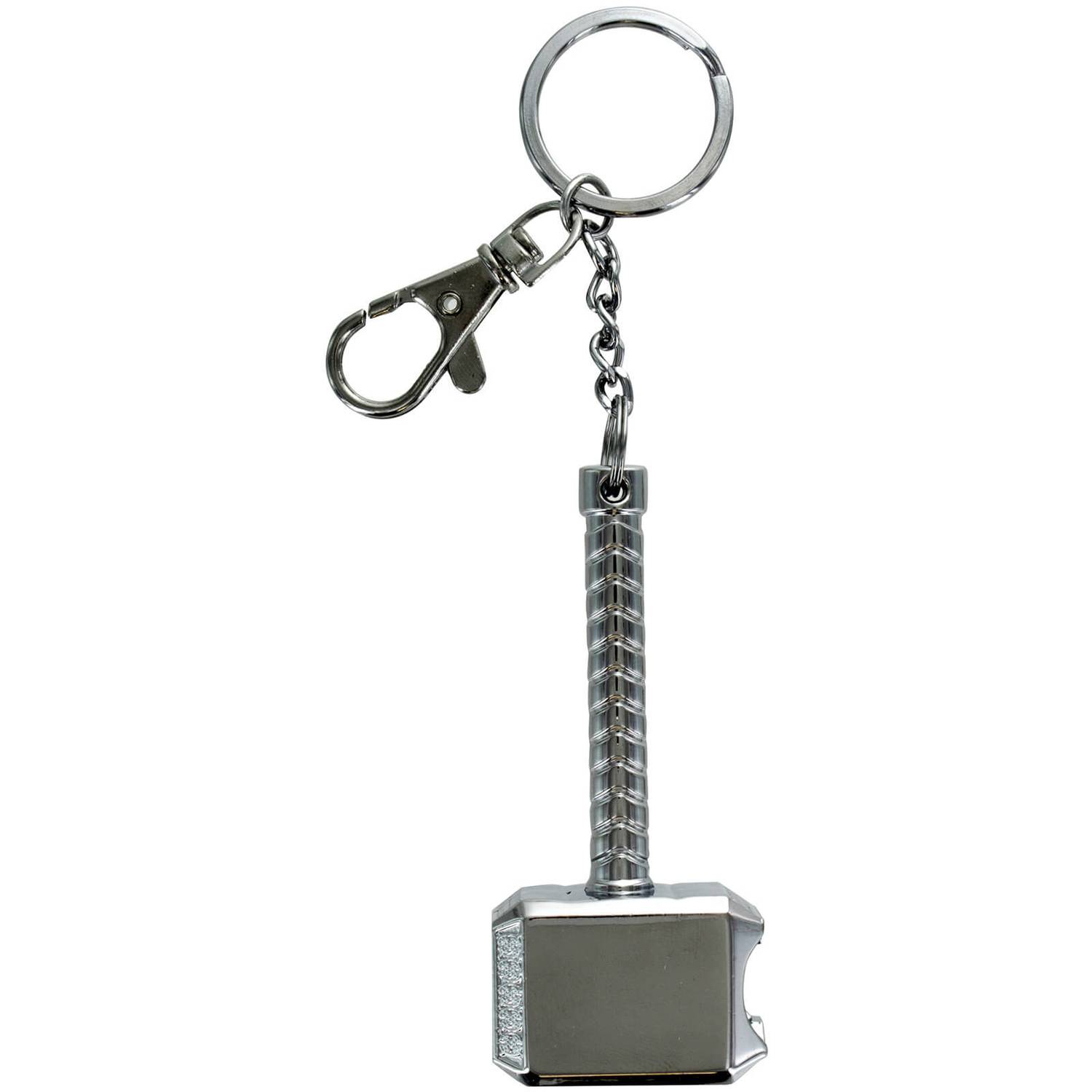 Be ready to party like a hero with this fun Marvel Avengers bottle opener designed like Thor's iconic hammer Mjolnir. A handy portable bottle opener with keyring attachment, Thor's Hammer Bottle Opener is the only divine tool from the gods you'll need when you're done saving the universe and ready for refreshment.

First appearing together in comic book form in 1963, the Avengers were labelled 'Earth's Mightiest Heroes', and their heroic deeds have entertained fans young and old for generations. With the Marvel Cinematic Universe, the Avengers have reached a whole new audience, transcending their comic book origins. Each of the main characters (Thor, Hulk, Captain America and Iron Man) have appeared in their own self titled blockbuster smash, as well as the linked in Avengers series of films such as Avengers: Age of Ultron and the highly anticipated Avengers: Infinity War. Marvel's Avengers are now some of the most popular and recognizable superhero characters of all time, and have featured in numerous TV series, graphic novels and video games.

A great gift for comic book fans or fans of the blockbuster movies, Thor's Hammer Bottle Opener is an officially licensed Marvel product.

This is a gift which I'm sure my boyfriend will love, but just from looking at it myself I can tell it will be a great bottle opener. It is very heavy and doesn't seem to be cheaply made.

This item is good quality handy and my husband loved it

This is a great gift. It is really well made, heavy, looks great on a set of keys and opens bottles easily. A must have for any Avengers fan