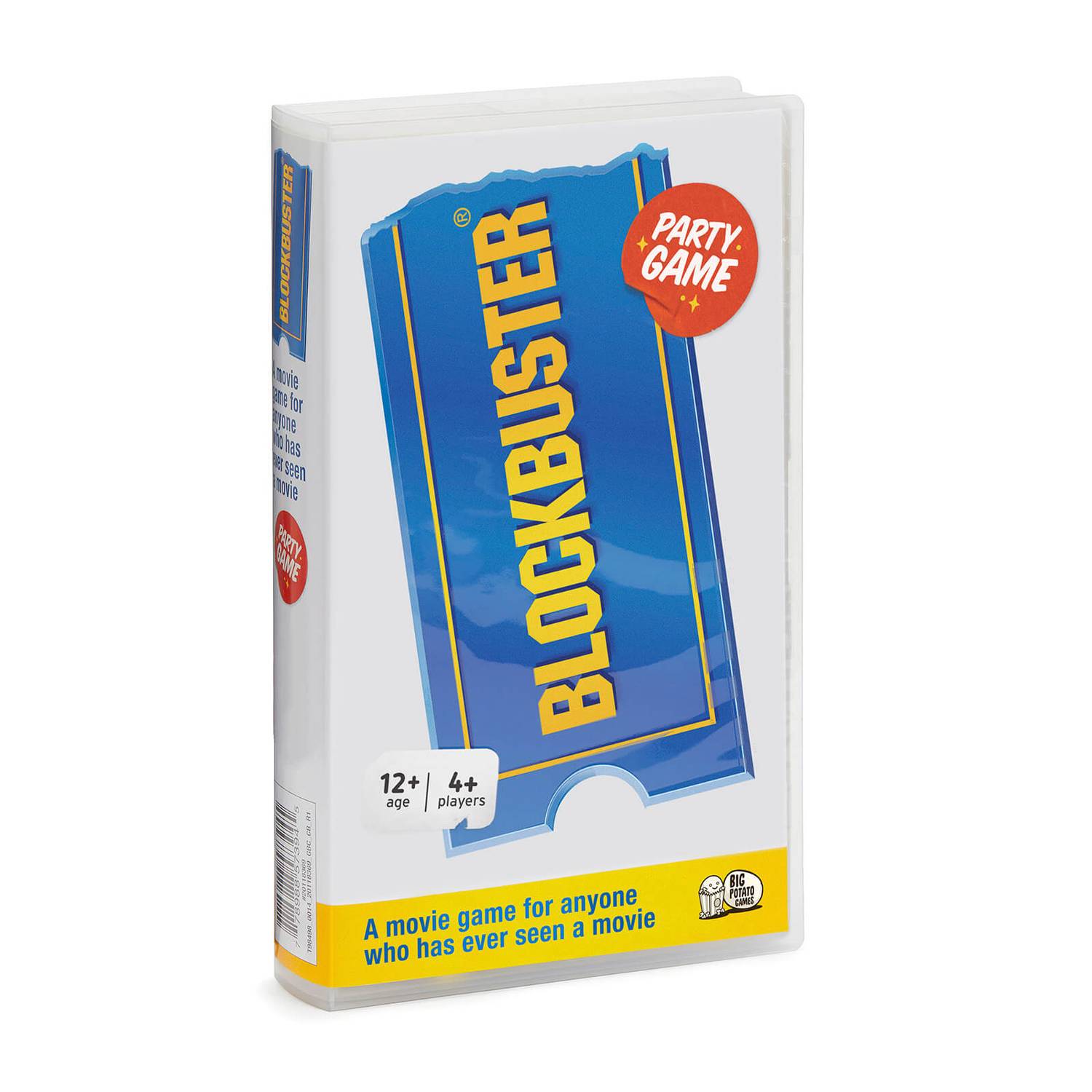 Get ready to be nostalgic with this new movie-themed party game from Big Potato. For everyone who remembers Blockbuster and even for those who don't, this is the perfect present for everyone who has ever seen a film!

In the Movie Buzzer Battle, both teams are given a topic, such as “Movies with dogs”. You start the 15s timer, yell out a relevant movie then whack the buzzer to reset the time. The other team is now in the hot seat and has to do the same. Whoever runs out of time hands the advantage to the other team, who take control of the next round: Triple Charades Jeopardy.

In Triple Charades Jeopardy, your team has to guess the movie, while you act it, use one word or quote from it. This is where the strategy and the venom in the game comes in. The winner of Round One gets the pick of the six movies, keeps the three easiest and passes the hardest three to the other team. They then tactically place their movie cards face down, one on Act It, one on One Word and one on Quote It.

Collect as many Movie Cards in Round 2 as you can. Get your three movies correct and you can move onto the other team’s movies. The first team to finally collect a movie in all 8 genres, wins.
You won't want to just rent this one!