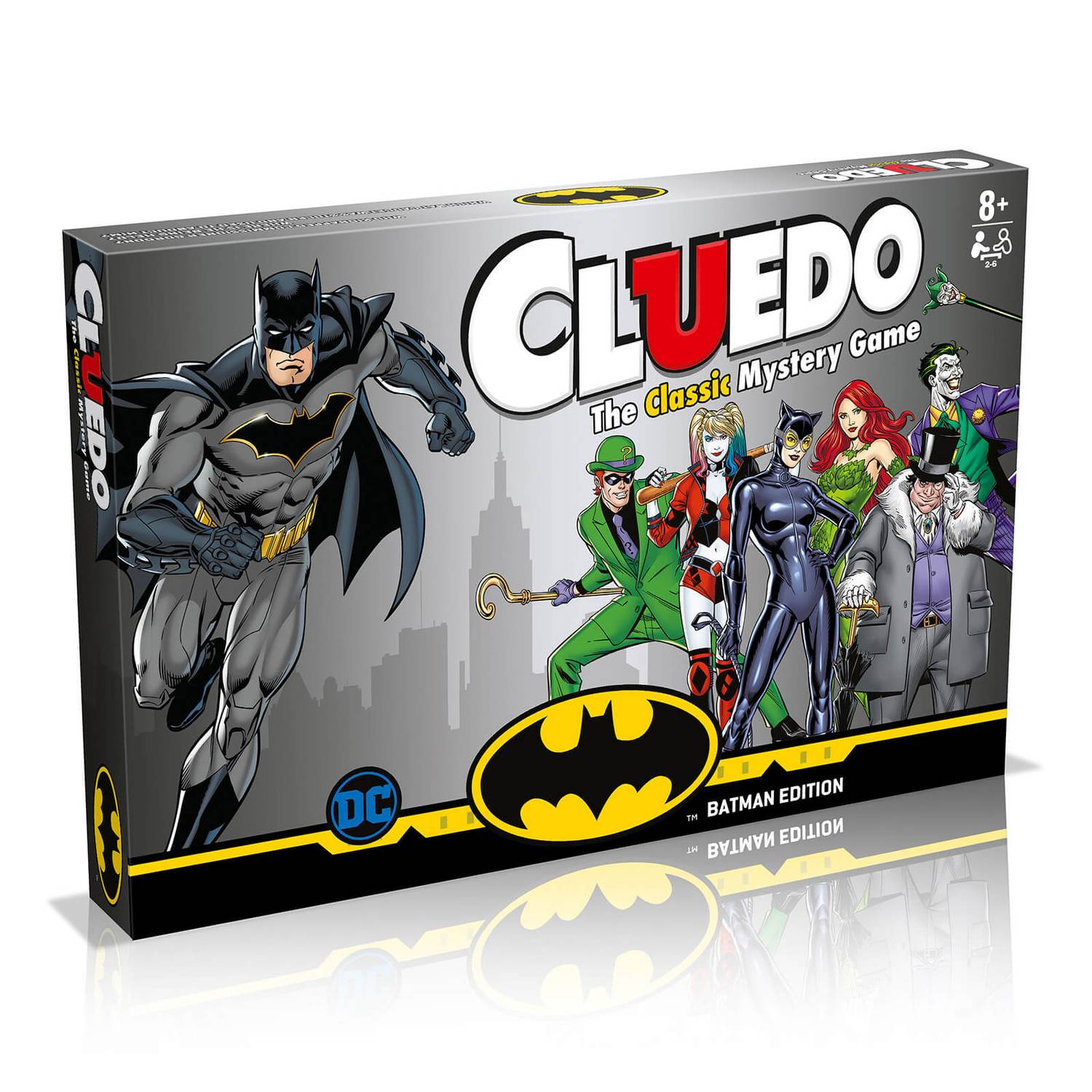 This special edition of CLUEDO features officially-licensed artwork and custom tokens for the most authentic crime-fighting experience! Navigate classic Gotham City locations including Gotham City Docks, the GCPD Rooftop, the Sewer, and Arkham Asylum, home to countless fiendish foes. With suspects like Harley Quinn, Poison Ivy, The Joker, The Riddler, Catwoman and The Penguin, and gadgets including the Bataring and the Batmobile, this could be Batman's most challenging case yet. Pull out a Rumour or Power card to mix up gameplay and get the upper hand over your opponents, then make an accusation to crack the case! Gotham City is counting on you.