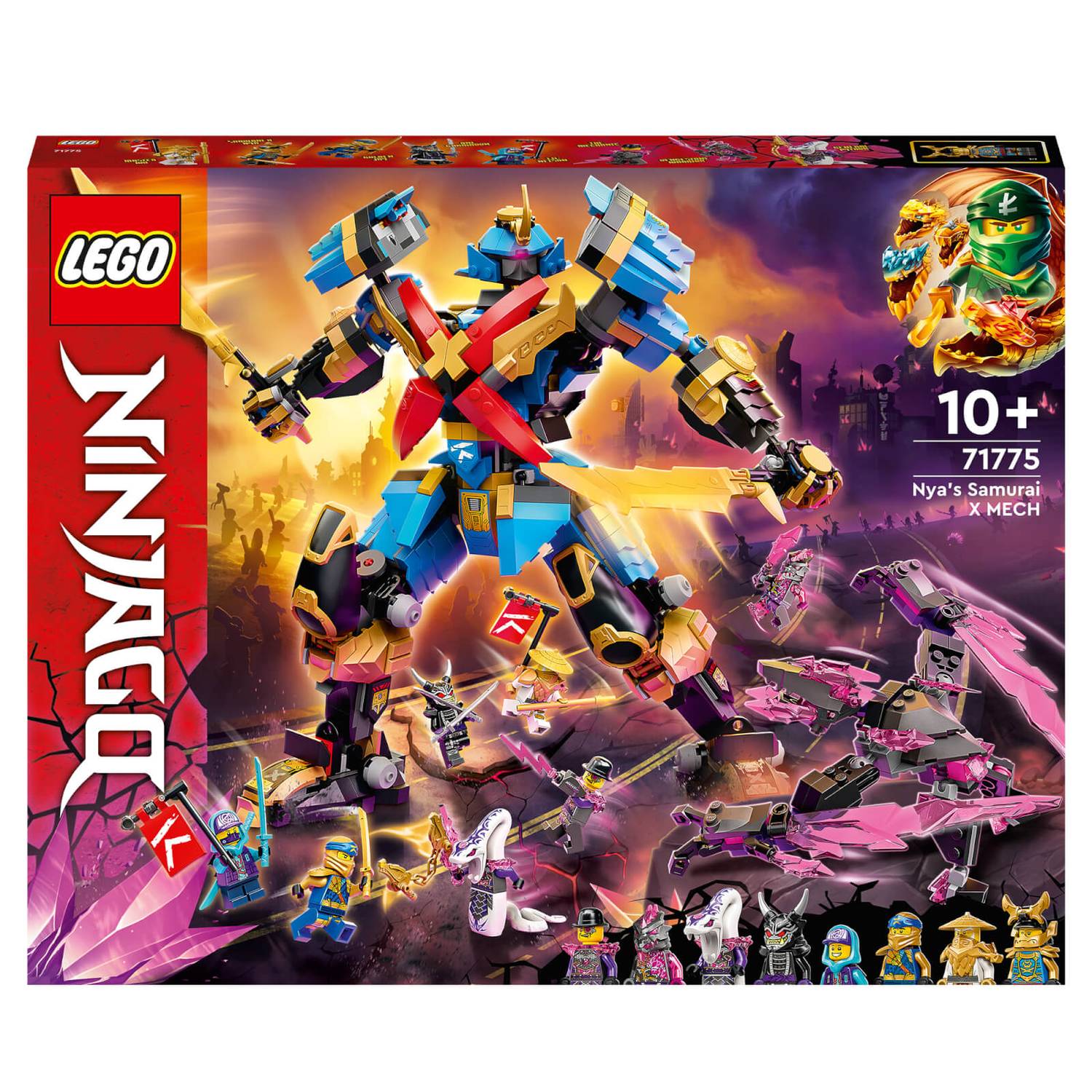 This LEGO NINJAGO set includes an impressive mech, featuring posable knees, arms, legs and hips; 2 swords; 2 spring-loaded shooters; and a cockpit for Nya. The impressive set is crammed with 8 LEGO NINJAGO minifigures: Samurai X Nya, Golden Jay, Master Wu, Oni Garmadon, Lil’ Nelson, General Pythor, The Mechanic and Vengestone Warrior. Many of these are exclusive, never-seen-before models, all primed to play out exciting battles! The playset comes with interactive digital building instructions to make the building experience even more fun. Available in the free LEGO Building Instructions app for use on smartphones and tablets, the zoom and rotate tools help kids visualizse the model as they build. Builders can also save their progress at any point on the app.

LEGO NINJAGO toys encourage kids to put down their screens and dive into an all-consuming world of fantasy action. Here they can join forces with their brave ninja heroes to battle the forces of evil with a fantastic collection of playsets including mechs, cars, jets, dragons and temples. This cool LEGO NINJAGO set makes a great birthday, Christmas or holiday gift for kids aged 10+ years old.

Standing over 12.5 in. (32 cm) tall, Nya’s Samurai X MECH can be proudly displayed in kids’ bedrooms between playtimes