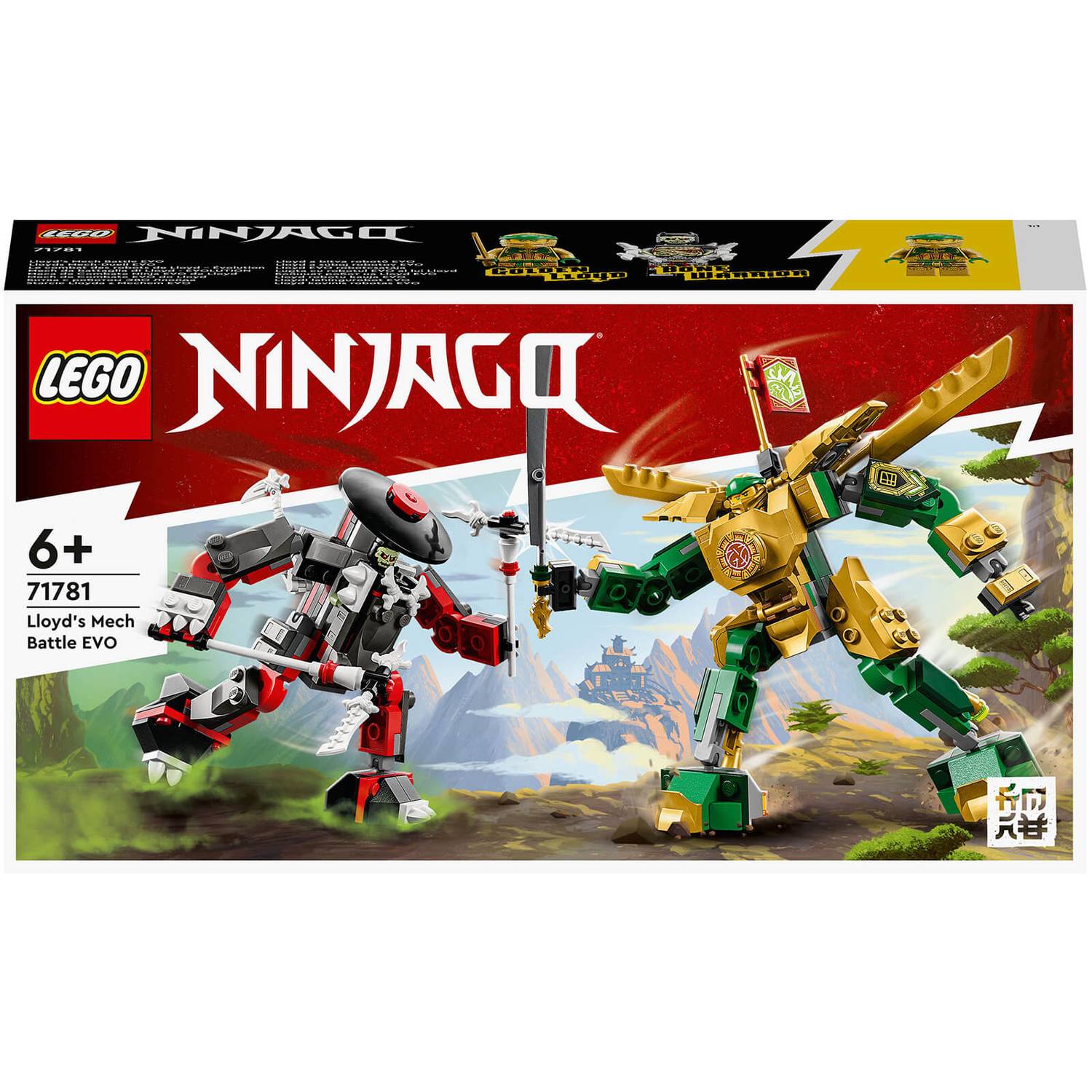 Kids aged 6+ will be excited to learn all about the fantasy action world of LEGO NINJAGO through building and playing with Lloyd’s Mech Battle EVO (71781) 2in1 action figure playset. Kids get set for a series of awesome battles as they stride into action with this LEGO NINJAGO set.

The playset features 2 posable NINJAGO mech action figures, both armed with cool ninja toy weapons. Lloyd's mech comes with a massive sword and kids can upgrade it with golden armour and wings to help it take down Bone Warrior’s mech, which is armed with a large weapon and a hat that can be used as a shield. This LEGO NINJAGO action figure set also comes with 2 minifigures that can both ride in the cockpits of their posable mechs to fight epic battles: Golden Lloyd with a golden sword and his enemy Bone Warrior who is armed with 2 shurikens. When the battle is won, kids are rewarded with a collectible Resilience banner to display on top of Llyod's mech. To add some extra fun to the collectible toy, let the LEGO Builder app guide you and your child on an easy and intuitive building adventure. Zoom in and rotate models in 3D, save sets and track your progress.

LEGO NINJAGO sets transport kids into a thrilling world of fantasy action where they can team up with Cole, Kai, Nya and the rest of the crew to play out adventures with an extensive collection of playsets including mechs, cars, dragons and temples. This 2in1 ninja action toy for kids aged 6+ years old makes a great birthday gift idea for fans of NINJAGO and cool action figures.