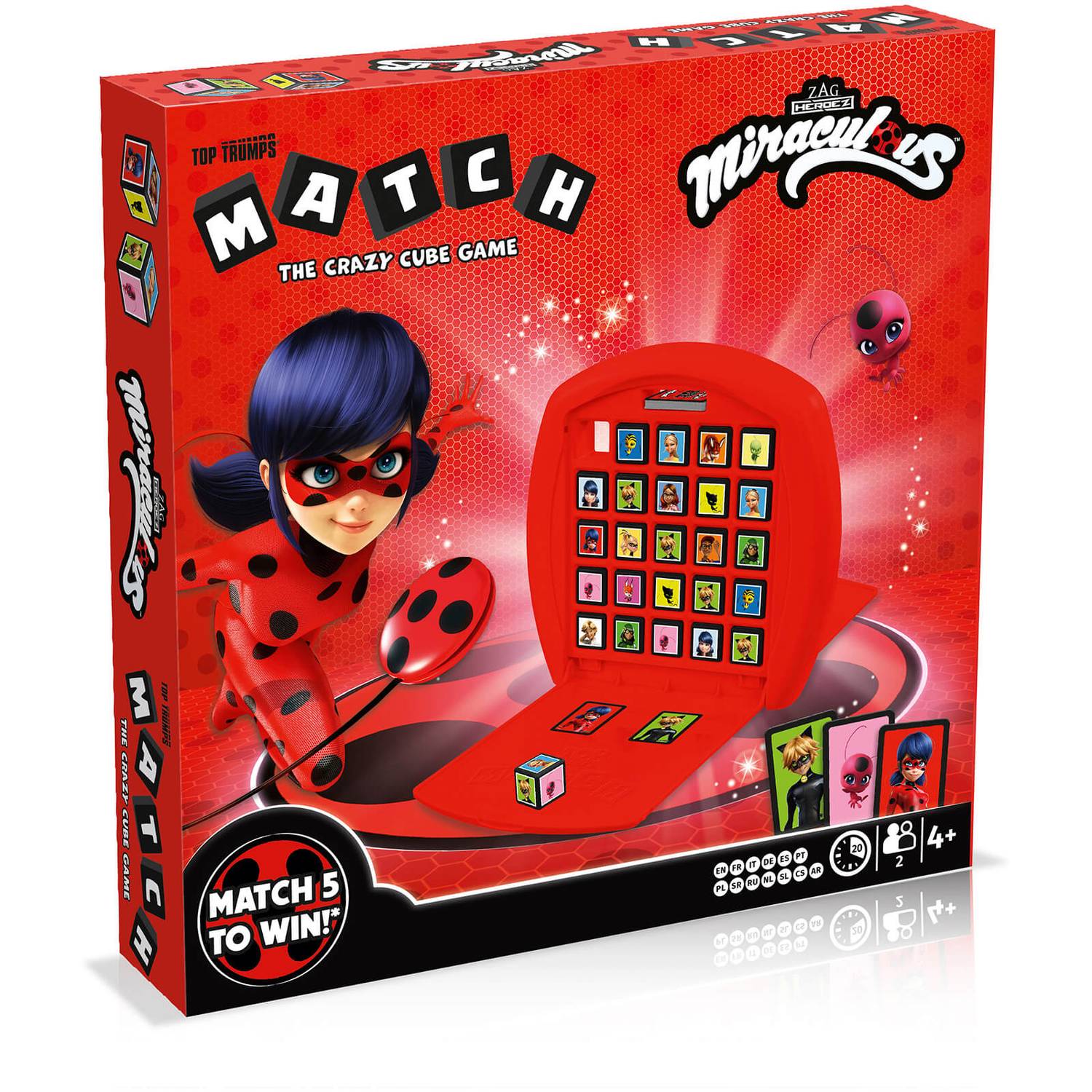 Defend Paris from evil with your favourite magical superheroes and their adorable Kwami! Top Trumps Match meets Miraculous: Tales of Ladybug & Cat Noir in this exciting twist on the Crazy Cube Game. Knock out your opponent’s cubes and add your own to match five of your favourite characters in a row, and win the game! Play strategically to outsmart your friends and family, but watch out, because they might snatch the match. Flip over those mini Top Trumps cards - if your opponent’s card matches your line of five, they steal the win! Featuring fifteen beloved characters, like Queen Bee, Rena Rouge and Carapace, as well as their Kwami, this game is sure to be a hit with fans of the popular, long-running animated adventures, which originated in France before taking the world by storm. The game neatly packs away inside the handy carry-case, so you can take it with you on your next superhero adventure with no mess or fuss!