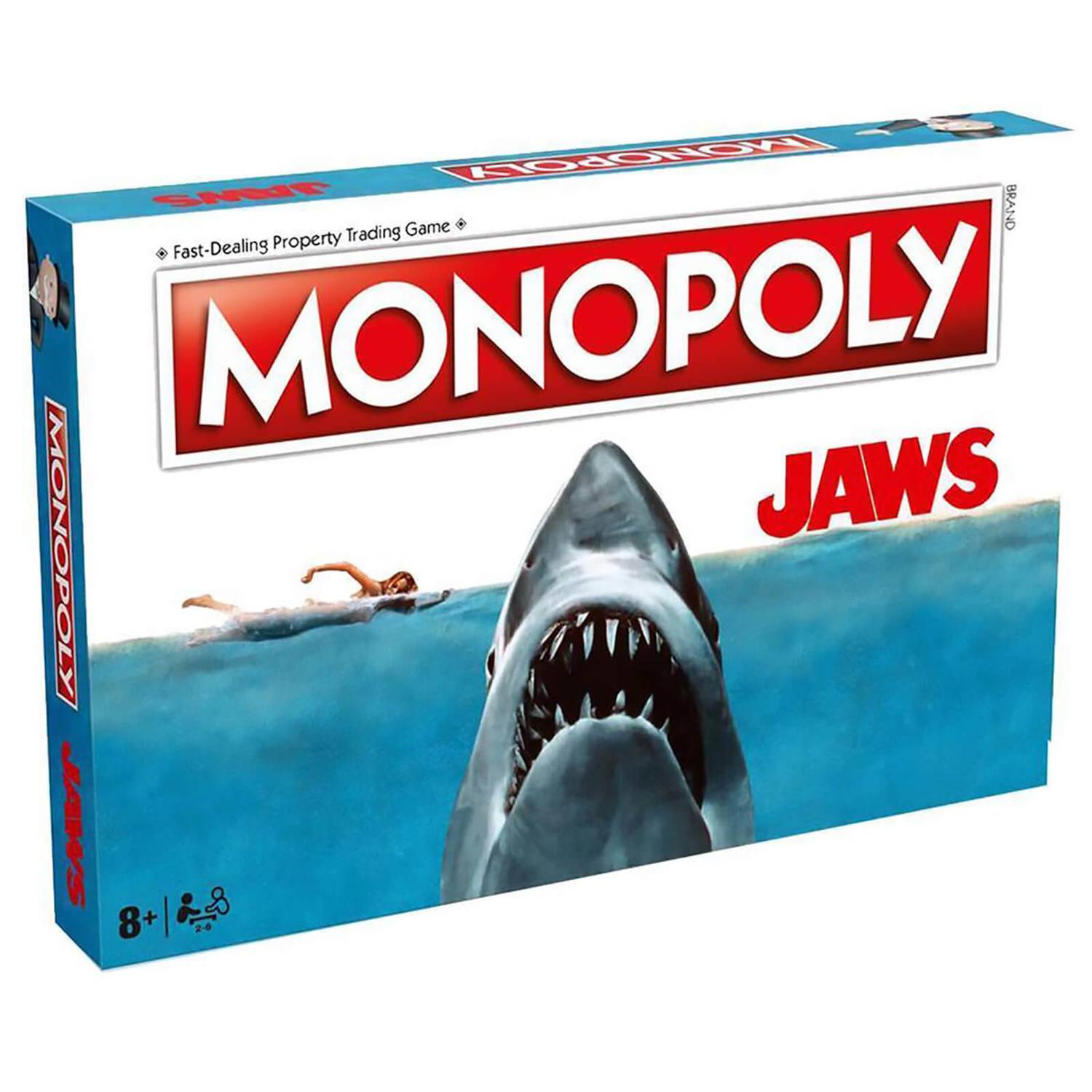 Everybody out of the water! The classic 1975 movie is now available as a new edition of the classic MONOPOLY game. Travel around the board as one of six special tokens from the film (Compressed Air, Orca Boat, Machete, Lilo, Fin, and Barrel), collect moments, and pick up Repairs and Reward cards featuring dialogue from the script, for additional prizes and penalties. With officially-licensed imagery from the cinematic classic, will you collect the events on Amity Beach, the grisly discovery of the first victim, or Hooper's shark hunting gear? Will you land on the Shark Attack space or collect the Chum Line and Sonar? Buy up classic Jaws characters like Hooper, Quint and Brody, then build boats and workshops to charge your opponents more rent and drive them into bankruptcy! Relive one of cinema's greatest adventures in this brand new MONOPOLY game, sure to please movie buffs and MONOPOLY lovers alike. Run, don't walk, to play MONOPOLY, the JAWS edition!

Although I haven't played this game yet it definitely looks cool. Lovely art & decor. I have played monopoly before so I'd guess its all the same. Cool to have for board game fans especially Jaws fans.