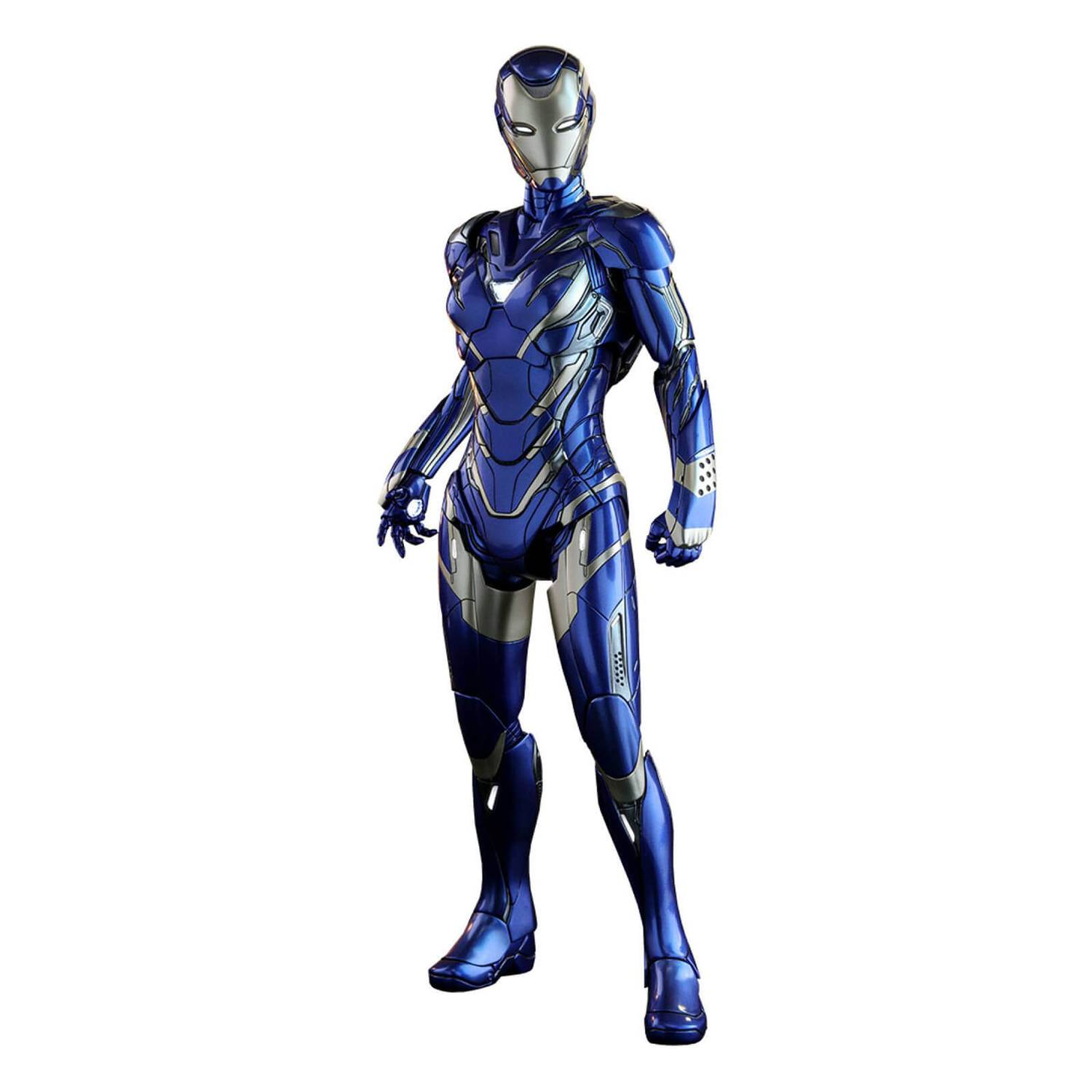 Revealing one of the most popular characters in the Marvel Cinematic Universe, Sideshow and Hot Toys present the Rescue Sixth Scale Collectible Figure as the newest addition to the Avengers: Endgame lineup!

Beautifully designed with gorgeous detailing, the highly-accurate figure is crafted based on Gwyneth Paltrow's big screen appearance as Pepper Potts/Rescue from the movie. Featuring two interchangeable head sculpts including a newly painted head sculpt with removable mask and an interchangeable helmeted head with LED-light up function. This sixth scale collectible features skillfully applied metallic lavender blue, champagne gold and silver colored armor. LED lights shine through various areas of armor, iconic weapons including a long drone and a short drone to recreate the fight scene alongside Iron Man and The Avengers, multiple pairs of interchangeable hands for different gestures, and a dynamic themed figure stand.