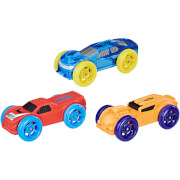 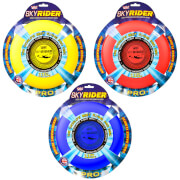 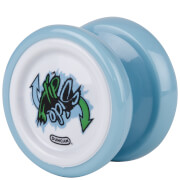 Blast into overdrive with Nerf Nitro sets! Kids can create awesome stunts as they fire foam cars from blasters that feature the power and performance of the Nerf brand. Blast into stunts to go high, go far, go fast! Nerf Nitro sets come with accessories to set up all kinds of car-blasting stunts and challenges. Additional sets each sold separately.

Blast into motorized, rapid-fire stunt challenges with the Nerf Nitro MotoFury Rapid Rally set. Power up the blaster’s motor, take aim, and unleash the cars into fast-firing action. The blaster has a clip that holds up to 9 cars, so load up the clip and send the cars flying out of the blaster and into speed-driven, high-flying stunts! The MotoFury Rapid Rally set comes with 6 cars and 3 cars that are special to this set!

Blast high, blast far! The Nerf Nitro MotoFury Rapid Rally comes with 2 ramps to create amazing jumping stunts. Kids can see how far they can blast the cars with the long-jump ramp, and they can aim for skyscraping stunts with the high-jump ramp. Set up the 9 obstacles different ways for daring aerial leaps or colossal collisions!

Blast foam cars with the Nerf Nitro MotoFury Rapid Rally set. Kids set up the Nerf Nitro blaster on a smooth, flat floor, then load a foam cars into the clip and pull the trigger to rapid-fire the car into action. Design stunt challenges with the high-jump ramp, long-jump ramps, and obstacles, which can be set up in different configurations for lots of motorized, rapid-fire blasting!

WARNING: CHOKING HAZARD - Small parts. Not for children under 3 years.

CAUTION: TO AVOID INJURY: Ensure that no people or animals are in the path of cars. Use only cars designed for this product.