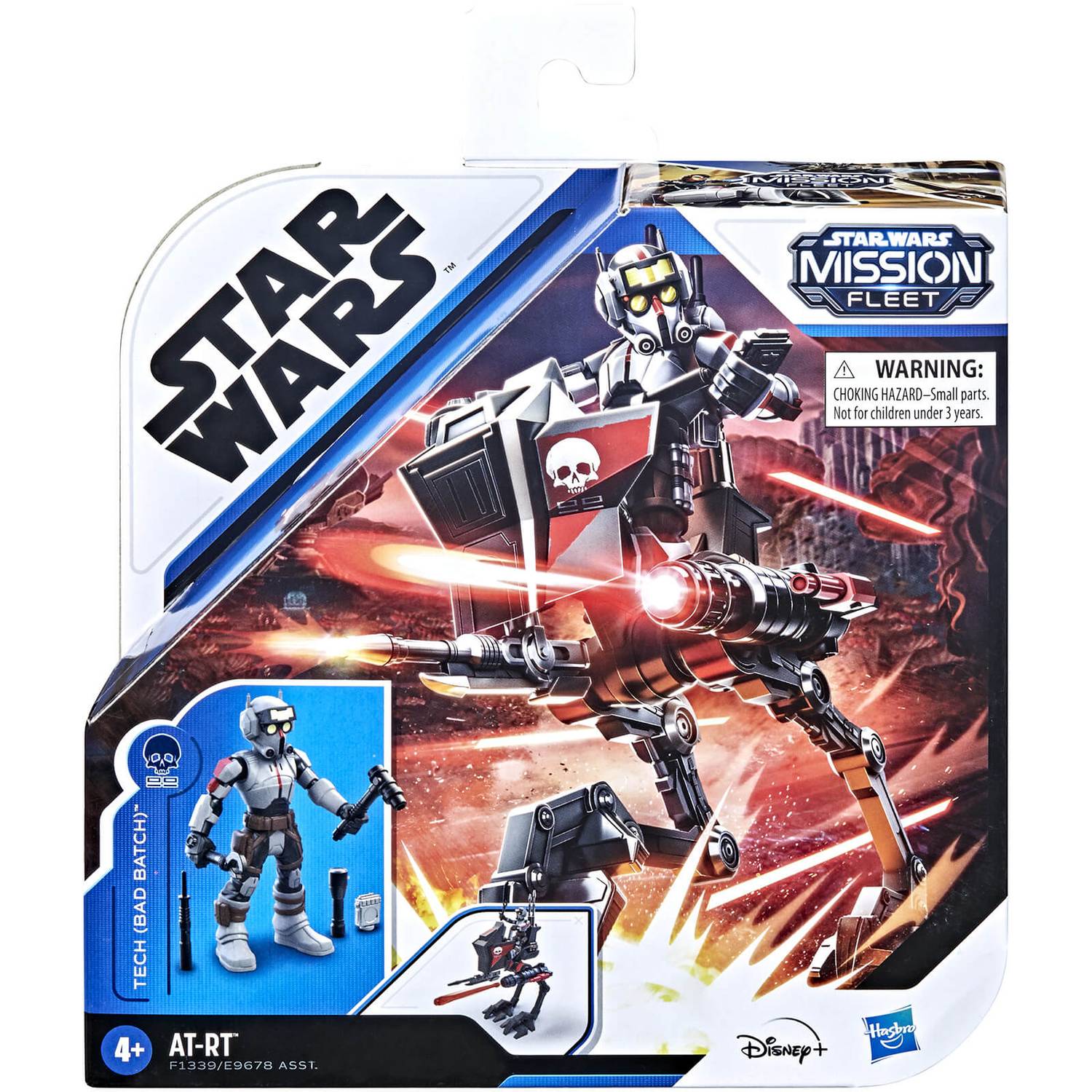 Tech is the Bad Batch’s computer and weapons specialist, the most talkative of the group. His genetically enhanced brain can puzzle through technical issues at speeds even faster than some droids. Blast off into galactic action and adventure with the Star Wars Mission Fleet figures and vehicles! These fun figures and vehicles allow children to imagine action-packed battles between the dark side and the light side of the Force. Star Wars Mission Fleet toys are child-friendly and make a great introduction to the Galaxy of Star Wars for boys and girls aged 4 and up! (Additional products each sold separately. Subject to availability.) The 6-cm-scale Mission Fleet figure is detailed to look like the character from the Star Wars: The Bad Batch animated series, featuring posable arms and legs, as well as six detachable accessories, including a backpack and five tools. Star Wars products are produced by Hasbro under licence from Lucasfilm Ltd. Hasbro and all related terms are trademarks of Hasbro.