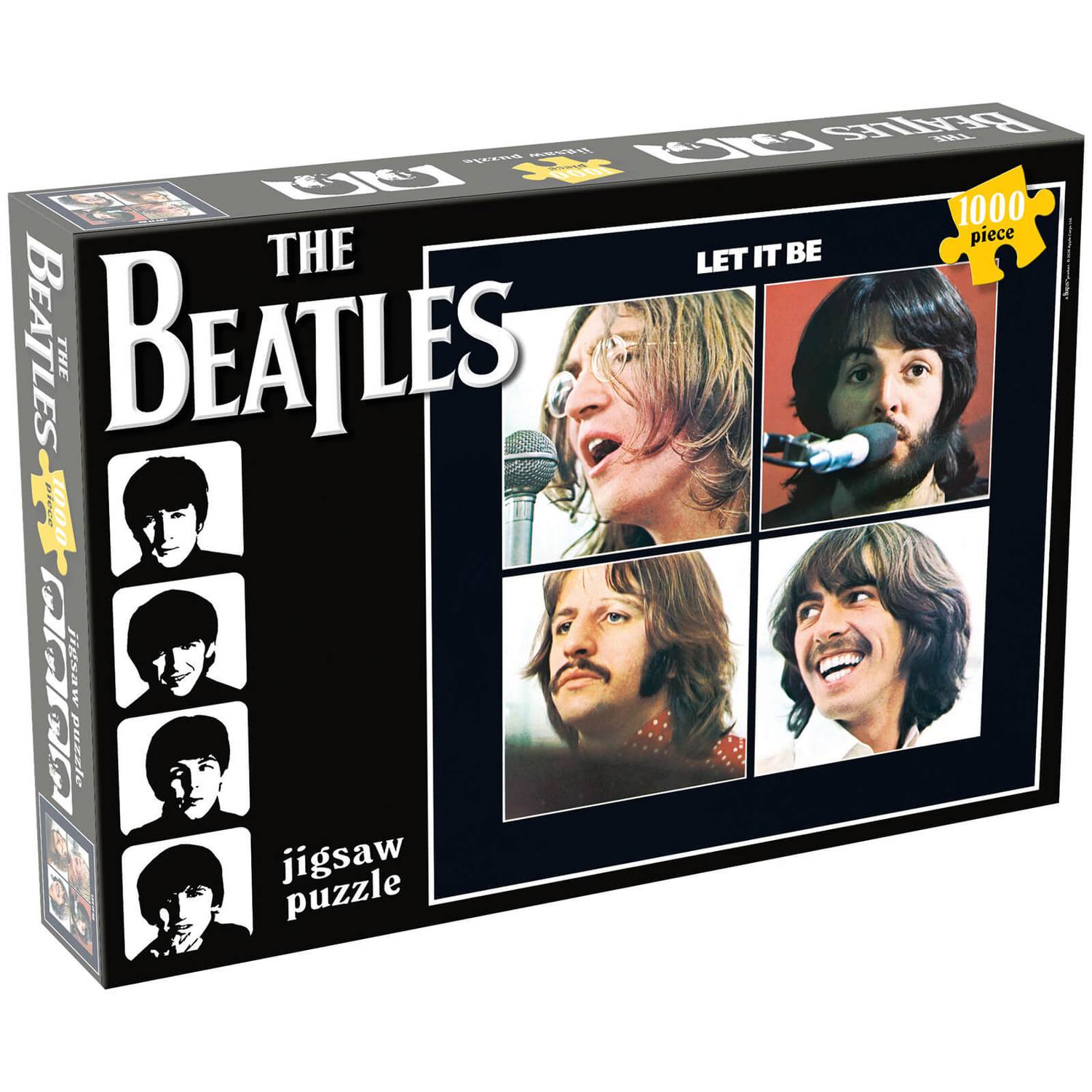 The Beatles Let It Be Jigsaw Puzzle (1000 Pieces)

Celebrate The Beatles final studio album with this eye-catching 1,000 piece puzzle of the World-famous rock band’s twelfth studio album cover. Let It Be was released on 8 May 1970, almost a month after the break up of the group, and topped the charts in many countries. However, many critics thought differently and Let It Be came to be regarded as one of the most controversial rock albums in history. The puzzle image depicts the front cover of the Let It Be album that featured four individual pictures of John Lennon, Paul McCartney, George Harrision and Ringo Starr, taken by photographer Ethan Russell during the Twickenham Studios rehearsal sessions in early January of 1969. This puzzle makes an ideal gift for any Beatles fan and offers a fun and challenging puzzle experience. The finished puzzle measures 590mm x 590mm and is suitable for ages 12 years and up.