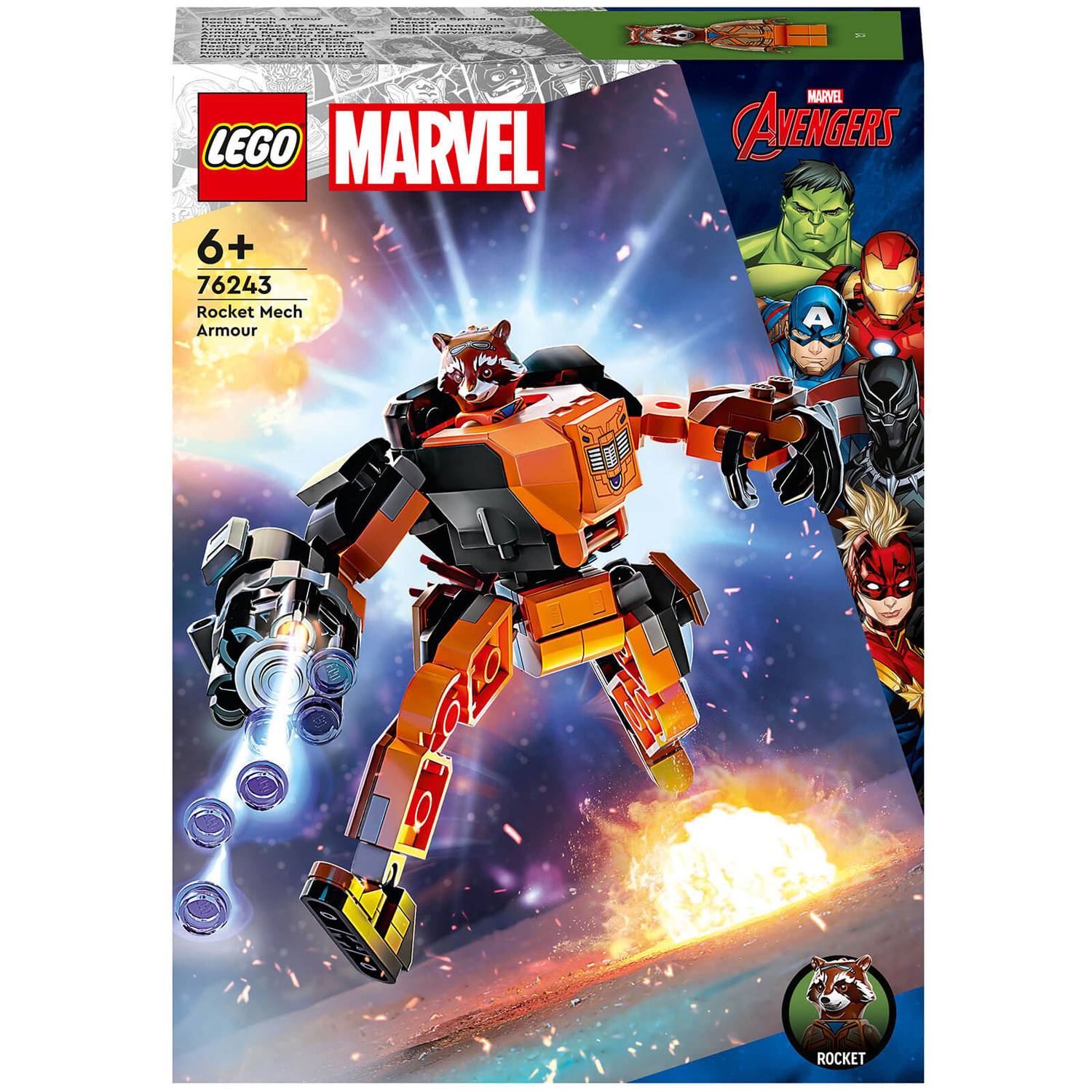 Marvel Studios' Guardians of the Galaxy fans are sure to love LEGO Marvel Rocket Mech Armour (76243) building toy for kids aged 6+ years old. The supersized action figure puts Marvel's raging racoon in the cockpit of his own mighty battling machine.

This Guardians of the Galaxy buildable toy includes a Rocket LEGO minifigure, which fits into the opening cockpit of the supersized Rocket mech action figure. Kids put Rocket into the cockpit of his racoon mech and turn the Marvel Studios' Guardians of the Galaxy star into a battle-ready giant! The posable mech's arms, legs and fingers move and can be positioned and posed for limitless play-and-display possibilities. Kids take Rocket the racoon on another exciting mission. Armed with a supersized 6-stud blaster, the awesome Super hero is invincible! There's also a smaller toy blaster for Rocket to use when he's not inside the mech. For added digital fun, the LEGO Builder app features intuitive zoom and rotate tools that let kids visualise their Marvel Collectable model as they build.

The extensive range of LEGO Marvel Avengers building toys is designed to deliver endless imaginative build-and-play possibilities. This pick-up-and-play figure stands over 11 cm (4 in.) tall, so kids can take it with them wherever they go, and makes a great birthday gift idea for kids 6+ years old and fans of Marvel Studios Avengers and Guardians of the Galaxy.