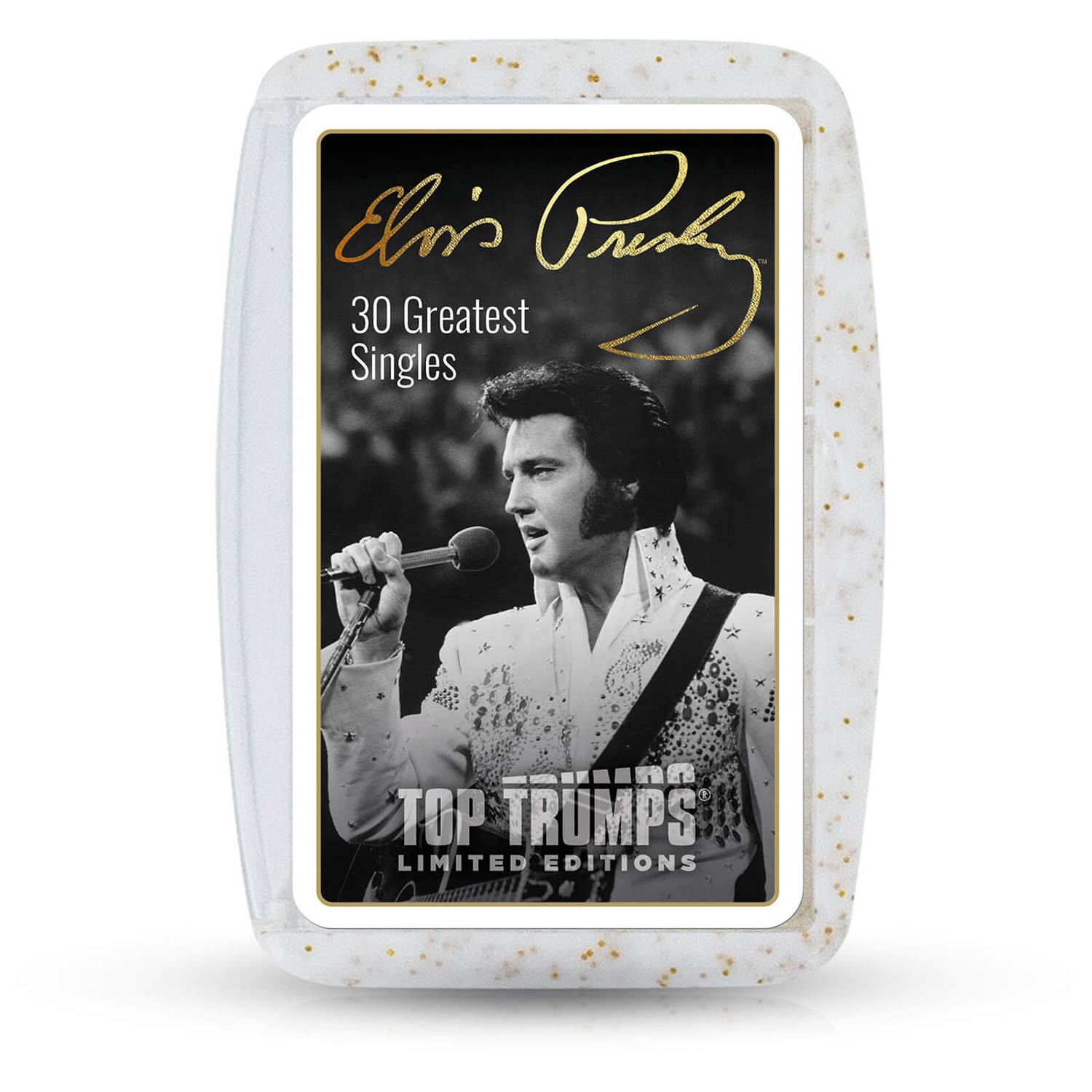 There’s a reason Elvis Presley is known as the King of Rock and Roll. He’s the best-selling solo artist of all time, with the most RIAA-certified albums in history, and he holds the record for most Billboard chart toppers. His mark on the world of rock and roll - and the music industry at large - is indelible, and his legacy will never be forgotten. Own a little piece of blues history with this Limited Editions pack of TOP TRUMPS: Elvis Presley’s 30 Greatest Singles. Each card features original album art and vital facts and figures about some of his greatest songs. From the classic (Let Me Be Your) Teddy Bear, to the iconic Jailhouse Rock and the unforgettable Suspicious Minds, discover the history behind some of the most beloved songs ever written, and relive the accomplishments of one of the finest singers ever to grace the stage. Pick from categories including Year Released, Weeks at No. 1, Song Length and Copies Sold as you vie for the title of Top Trump; you’ll be humming these tunes from Memphis to Graceland and beyond. Not bad, for a Mississippi boy who “never expected to be anybody important.”