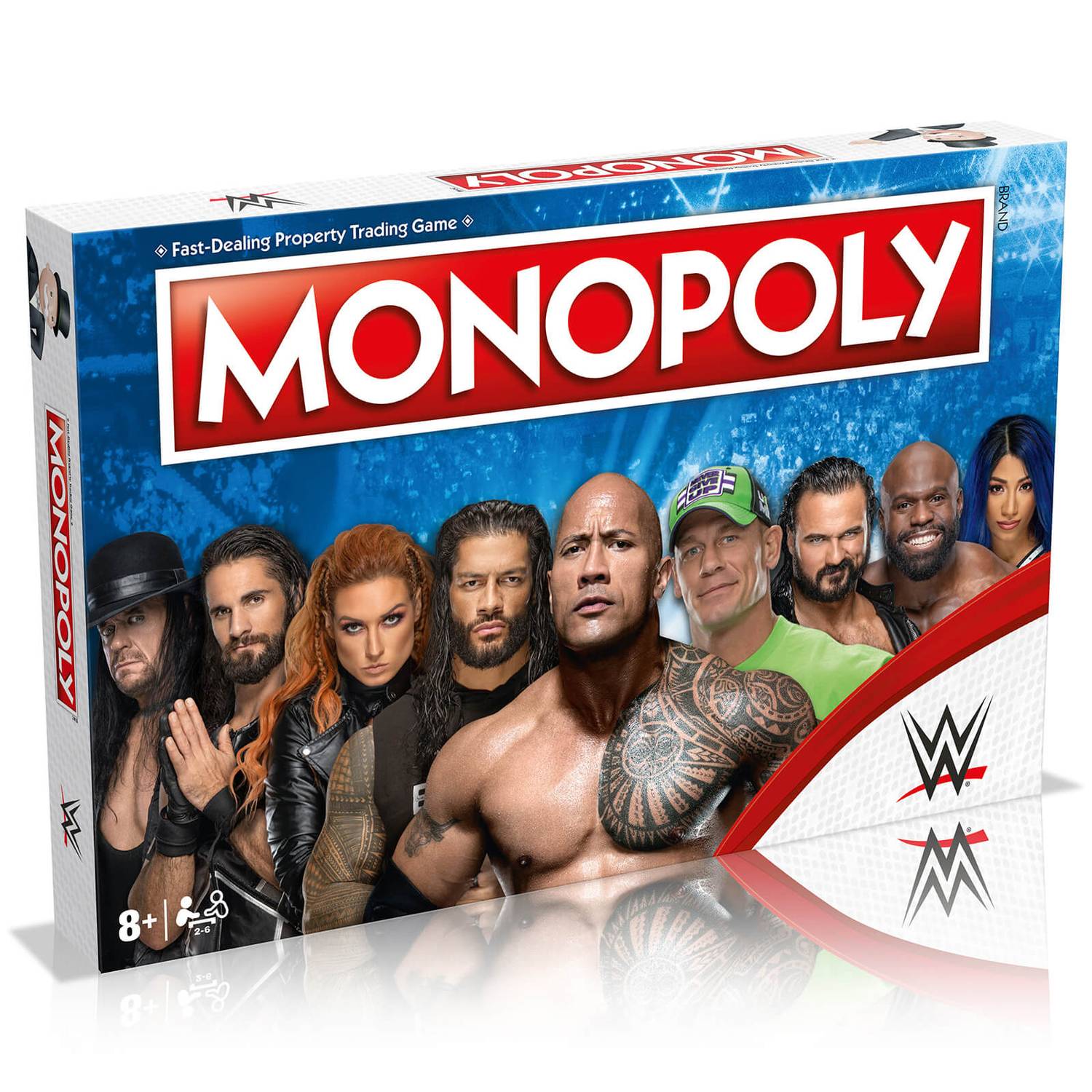 WWE and MR. MONOPOLY have teamed up to bring you this action-packed Royal Rumble Edition of WWE MONOPOLY! The first player to buy a WWE Superstar is the first to enter the Royal Rumble ring — all players better keep up! As you pass GO, don’t forget to collect your bonus and try to avoid the Narrow Escapes or you’ll have to pay a penalty. Think you can last longer than Roman Reigns and Ricochet? If you land on them, you can try, but you’ll be paying up! Land on RAW or SMACKDOWN and find out what the General Manager thinks of your performance. First player bankrupt or out of the game is the first to be eliminated. Buy up stands and stadiums to charge your opponents more rent, and try to own all four WWE Tag Teams for even more profits. With six tokens and an array of officially-licensed imagery, this game is guaranteed to satisfy the most hardcore of WWE fans. So step up to the ring and lay the smack down on your opponents!