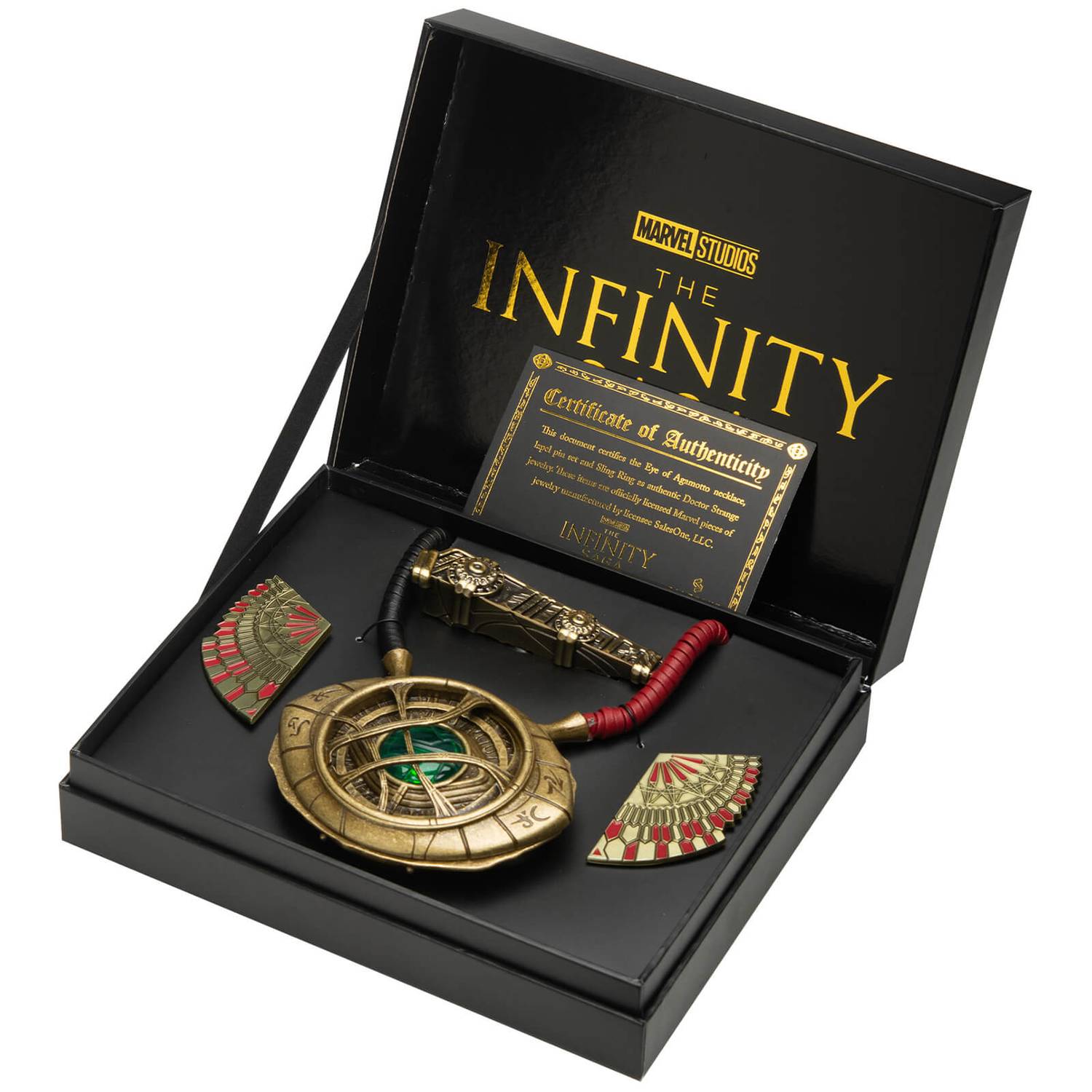 Claim the power of the Sorcerer Supreme with the Zavvi worldwide exclusive Doctor Strange Replica Set, including the Eye of Agamotto, Sling Ring, and Levitation Cloak Pins.

Limited to 7,000 hand-numbered pieces, this set includes a certificate of authenticity and comes presented in officially licensed Marvel packaging — perfect for displaying in any collection.

Inspired by the 2016 Doctor Strange movie (starring actor Benedict Cumberbatch), these replicas will make you “Forget everything that you think you know...”

The Eye of Agamotto Replica

Created by the first Sorcerer Supreme, the Eye of Agamotto was made to contain the power of the Time Stone. After being used by Stephen Strange in the Marvel Cinematic Universe (MCU), the Time Stone would later be claimed by Thanos in Avengers: Infinity War.

Now you can harness the power of time with this Eye of Agamotto replica. As seen in the films, light-up features provide its signature bright-green glow, and it is attached to a leather strap (ready to wear).

The mystic Sling Rings allow the magic users of the MCU to open portals in reality, giving them the ability to travel anywhere in the multiverse.
This Doctor Strange Sling Ring replica may not be able to open portals, but it is the ideal collector’s item. Recreating the two-fingered design seen in the films, the Sling Ring can be worn out and about or displayed in your collection.

The Cloak of Levitation Pins Replica

The Cloak of Levitation allows its master to hover in the air — a must-have skill in the MCU. But only the lucky few will ever experience its power, as this ancient relic chooses its own master.

Once loyal to Stephen Strange, you have now been chosen to test the Cloak of Levitation’s power with these two pin replicas. Attach them to your usual outfit and see what happens. (Power of flight not included).