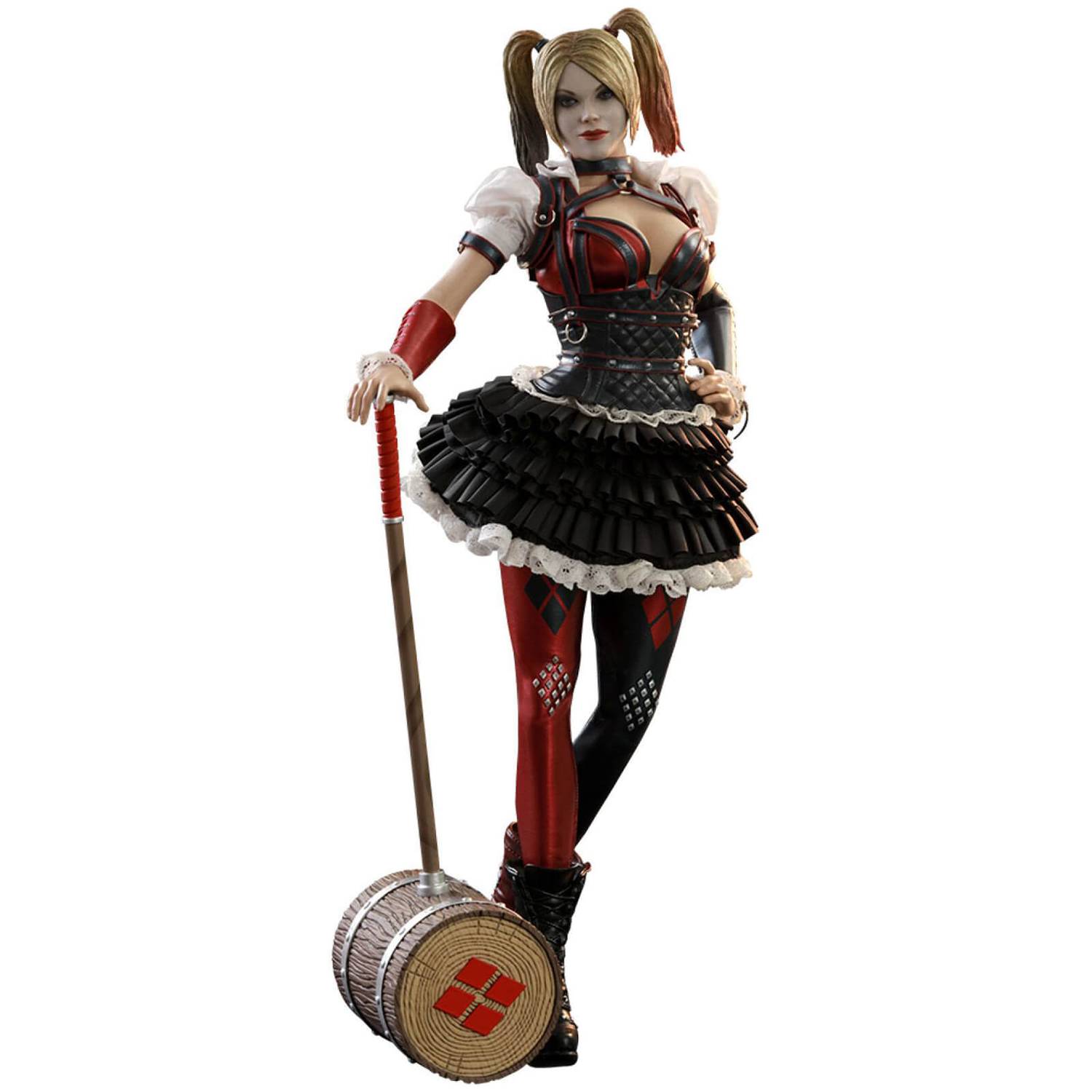 Begins as an episode before the events of Batman: Arkham Knight, Harley Quinn breaks into the overgrown Blüdhaven Police Department to recruit her partner in crime, Poison Ivy, to be part of Scarecrow's plan to destroy the B-Man.

Sideshow and Hot Toys present the Harley Quinn Sixth Scale Collectible Figure with the new look mixed with goth and punk, giving her a more edgy and sinister appearance that reflects her unstable and wild personality.

Masterfully crafted based on Harley Quinn's appearance in the video game, the figure features a newly developed head sculpt with white powdered make up, blonde hair sculpture and moveable pigtails, newly developed body, Harley Quinn's dramatic outfit consisting of a corset with black ruffle skirt and lace details, red and blue boots and arm-bracers, amazingly-detailed accessories including a baseball bat, machine gun, mallet, pistol, paint can with a brush, Jack-in-the-box, and a specially designed figure stand with the game logo.

Take this Harley figure home, as she will stand out from the rest of your DC collection!