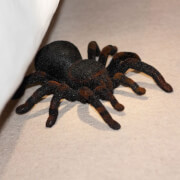 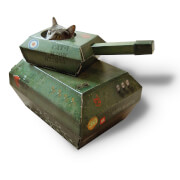 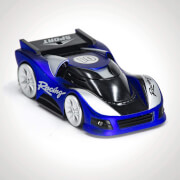 In an age where technology conspires to frustrate us all, it's heartening to know that there are still new inventions using old technology reminding us that a simple ball-through-a-maze game can provide a monumental amount of infuriation. First things first, Addictaball is totally ridiculous. And it's almost impossible. Consequently, it's the most addictive game you'll come across that doesn't involve an inadvisable use of badgers.

Taking your trusty little silver ball on a lengthy odyssey through a spherical multicolour maze might not sound like it could hold your interest for more than a few minutes but, believe us, you'll be hooked for hours. Available in large or mini (for the travelling frustration fan), the sheer size and style of the maze is eye-popping - labyrinthine structures make you flip the whole thing through 360 degrees regularly, rolling from vertical platform to horizontal runway, under arches and through holes until finally, finally you reach the centre. It kind of makes your brain do virtual calisthenics, which has to be a good thing. The large has 138 numbered stages and the small travel version has 100 and they're very different challenges in terms of layout, so there's plenty to be getting on with.

It may be annoying but until you've mastered it it'll just sit there, taunting you like a Belgian chocolate manufacturer at a diet meeting, you just won't be able to sleep until you've cracked it.

I have both the the small and large Addictaballs and they are fantastic. Hours of fun for all ages, and often fustrating. I prefer the larger one as it is easier to see, however, the smaller one is just as good. My only problem with the smaller one was that 2 parts of it are too small so the ball doesnt pass through. But this may just be a fault with mine. Overall, I would recommend it to anyone looking for a gift to keep family or friends ammused for hours!