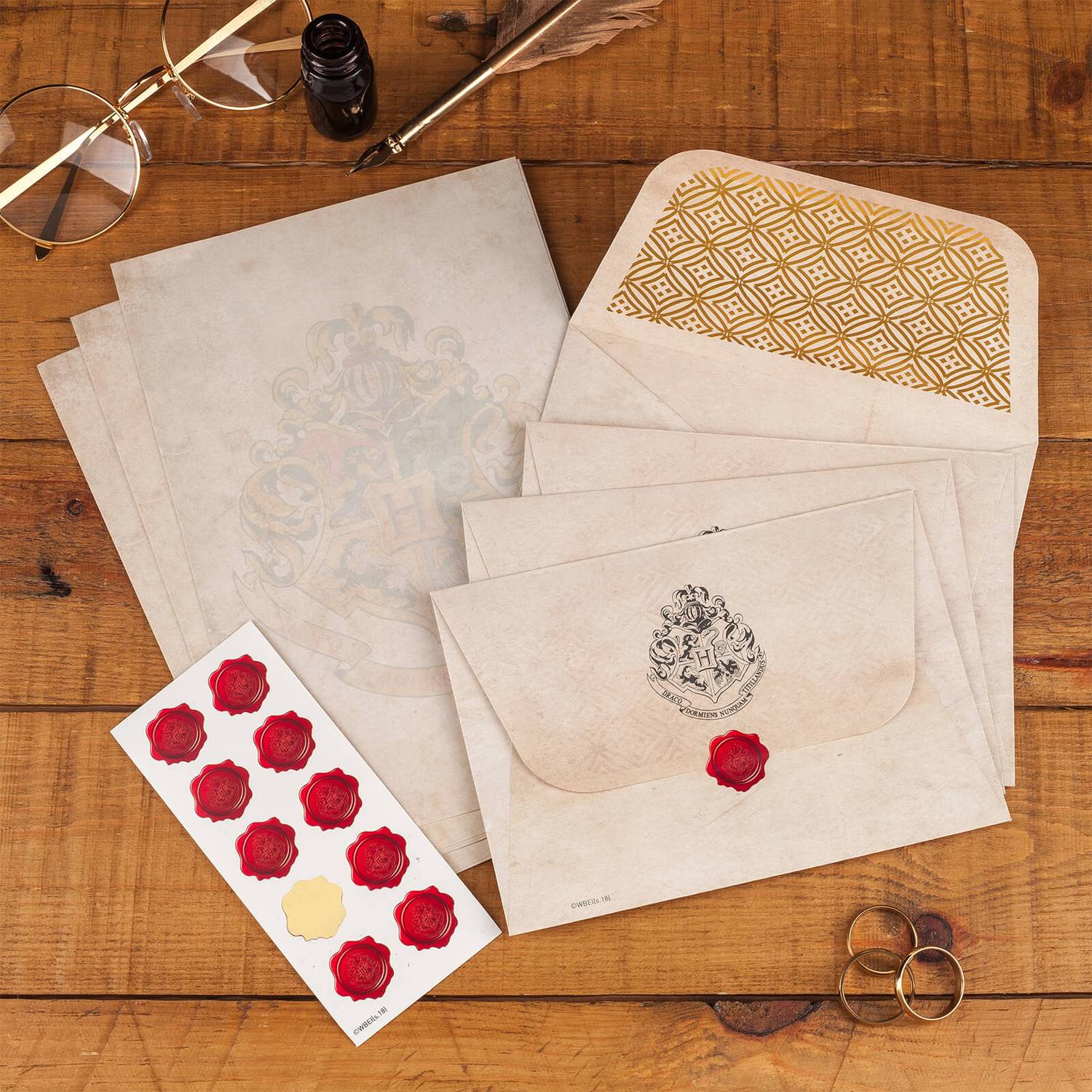 Send your friends their eagerly awaited Hogwarts acceptance letters with this Harry Potter Letter Writing Set. Write your letters to friends informing them of your last adventure and send them off through the post in these charming Hogwarts envelopes. The set comes with 20 sheets of lined writing paper, 10 envelopes with the Hogwarts crest on their back and 10 'wax seal' stickers to give your letters that authentic touch. This is a wonderful gift for fans of the Harry Potter books and films and makes letter writing more fun than ever.