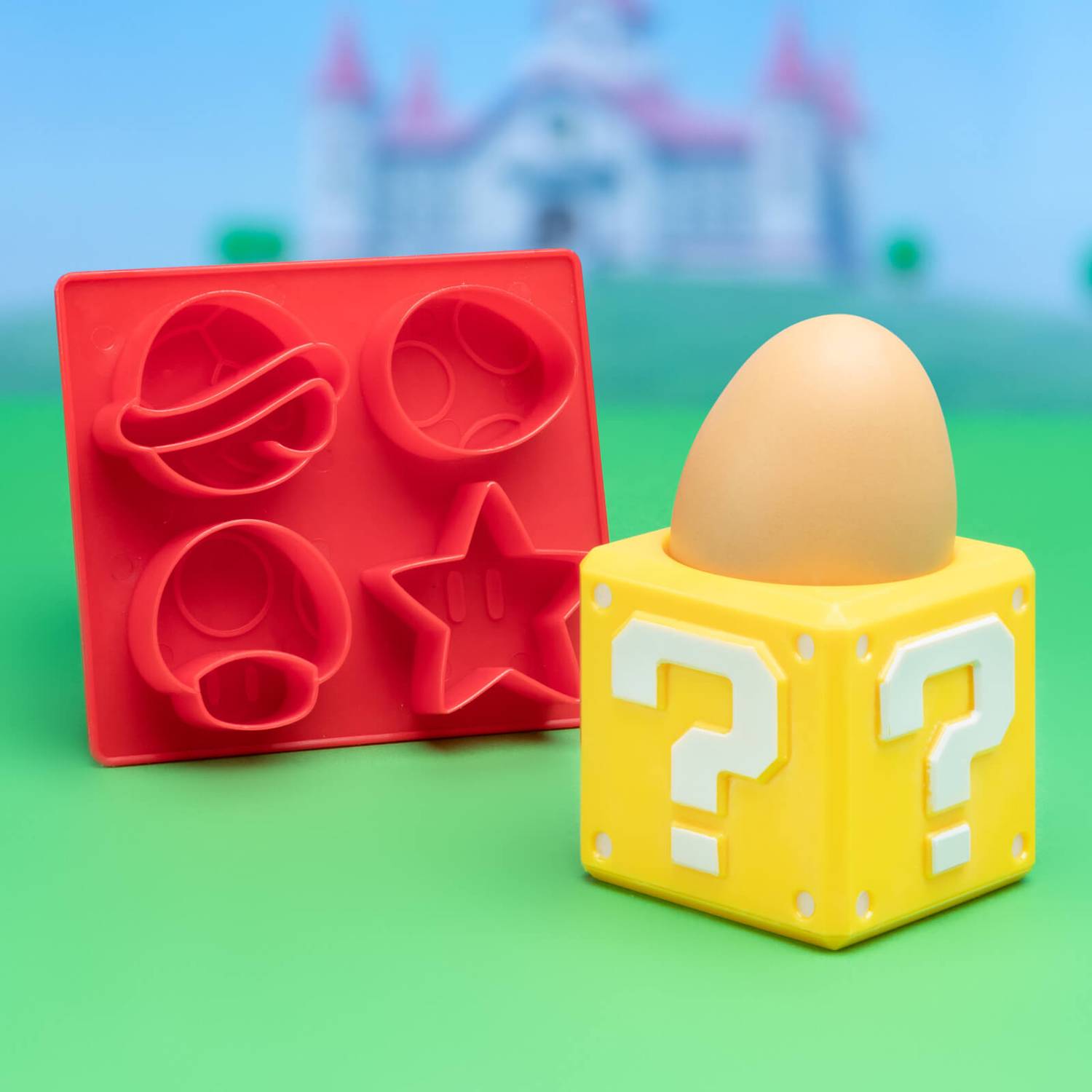 Included with this Question Block Egg Cup is a toast cutter that will produce four different embossed toast shapes instantly recognisable to players of this platform game series - a Super Mushroom, a Yoshi Egg, a Super Star, and a Koopa Troopa Shell.

This Question Block Egg Cup and Toast Cutter set makes the perfect present for any Super Mario fan. Plus, collectors of official Nintendo or Super Mario merchandise will welcome this unique set into their collection of memorabilia.

The Super Mario games follow Mario's adventures, typically in the fictional Mushroom Kingdom with Mario as the player character, often joined by his brother, Luigi. Over 330 million copies of the Super Mario series of games have been sold worldwide making it the second best-selling video game series in history.