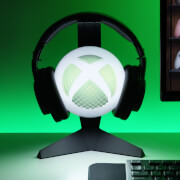 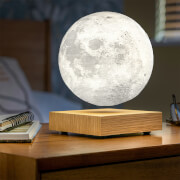 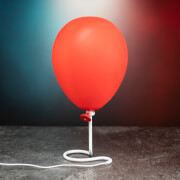 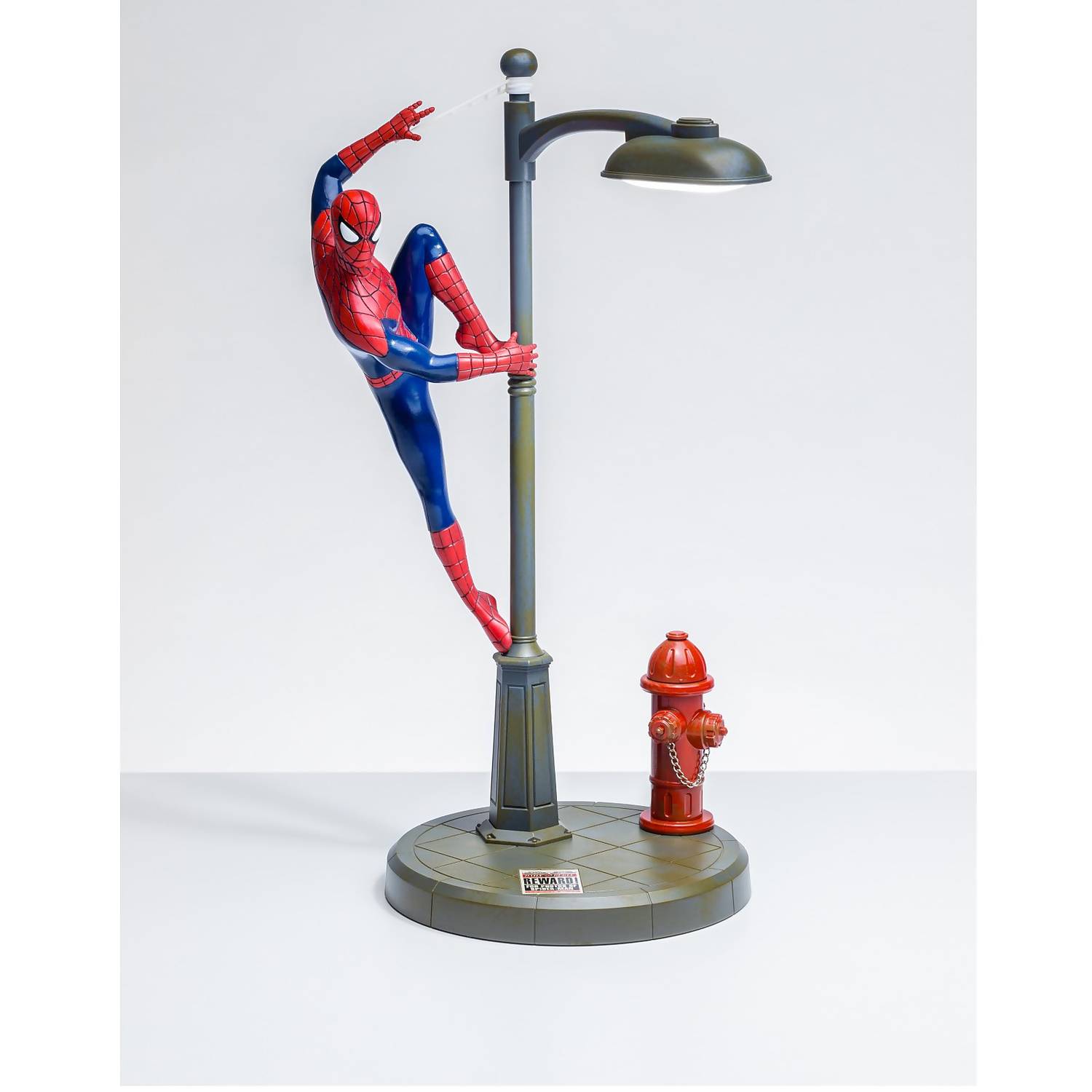 Swing into the streets of New York City with this comic book–inspired Spider-Man Lamp Post Desktop Light, allowing you to make your room that bit more spectacular.

Based upon Marvel Comics’ flagship superhero, this high-quality design is sculpted to capture all the athleticism and iconography of this great character.

Modelled after the stomping grounds of everybody’s Friendly Neighbourhood Spider-Man, the design is faithful to its classic routes, with a Daily Bugle newspaper lying upon the weathered streets.

Standing approximately 34cm (13.4") tall and striking a dynamic pose, the Wall Crawler is ready to spring into action, protecting the citizens of the Big Apple from its ever-expanding rogues’ gallery of costume-wearing supervillains.

Whether it be the Green Goblin, Venom, Mysterio, Vulture, or any other ill-intentioned criminal, Spidey is always on the lookout for the next evildoer—armed with an eclectic arsenal of flips and quips to guarantee an extravagant display of web-spinning heroism.

Created by legendary writer-editor Stan Lee, Spider-Man first appeared in Amazing Fantasy #15 in 1962, and he has since gone on to feature in various media adaptations, including film, TV, and video games.

Immediately recognisable and boasting a loyal following of Web Heads, the adventures of Peter Parker have attracted audiences from around the world.

And this Marvel Spider-Man Desktop lamp is an undisputed essential for any fan of this quintessential hero, capturing his emblematic appearance in a display reminiscent of his formative comic book appearances.

This the ideal addition to any Marvel memorabilia collection, suitable for use as either a desk or bedside lamp, blending in thanks to its stylistic street lamp aesthetic and hidden fire hydrant dimmer switch.

Great desk lamp! My fella is super happy! Could be a bit brighter, but it's still okay.

This item is very nice, quality is very good.