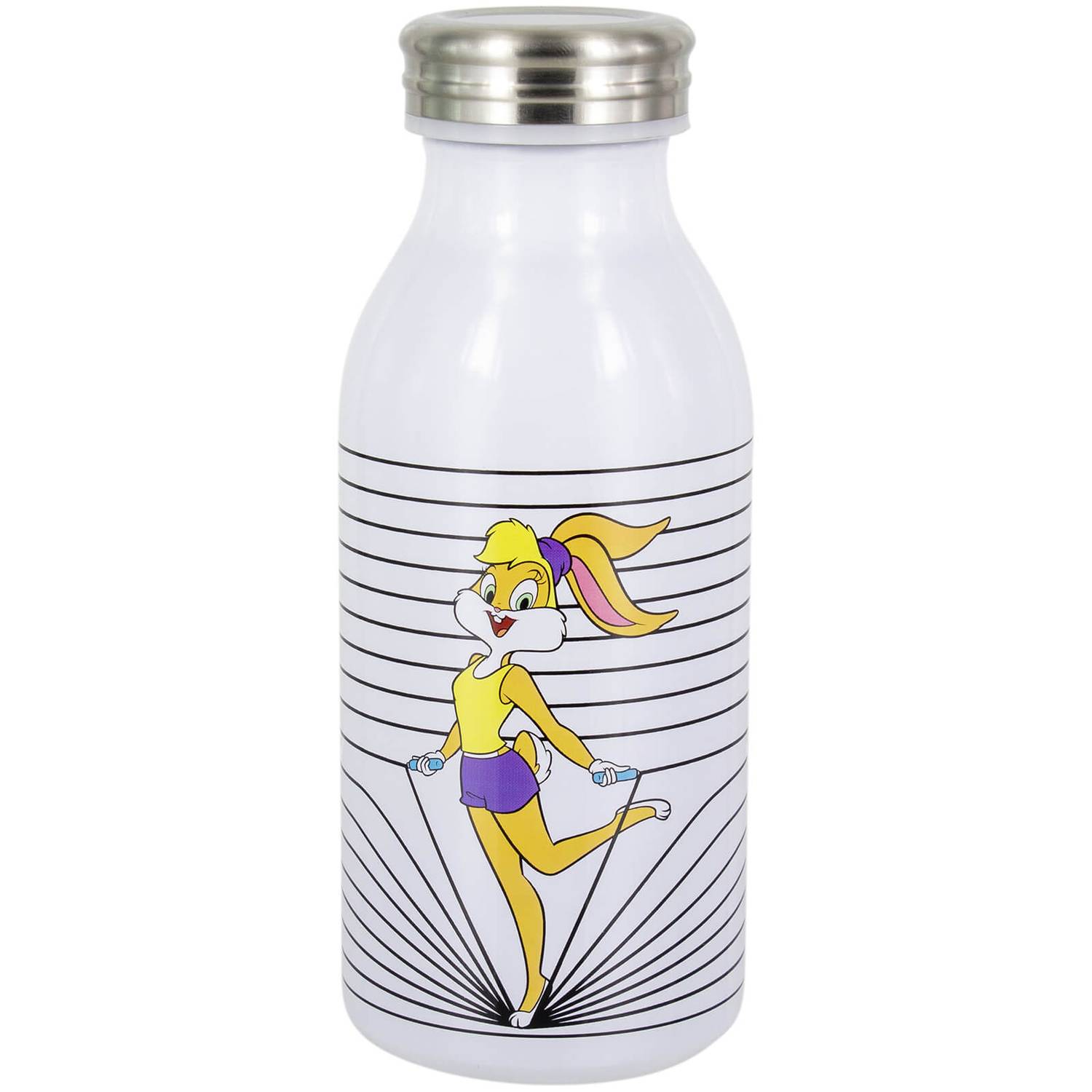 Looney Tunes fans can now stay refreshed and hydrated at the gym with this fun and handy Lola Bunny Water Bottle.   This stylish design features one of the most popular cartoon rabbits of all time, Lola from the Loony Tunes, along with the phrase 'Gym bunny'.  The Lola Bunny Water Bottle makes an ideal gift for lovers of the Looney Tunes, and is perfect for Christmas and birthdays.

This 450ml water bottle is made from premium stainless steel and has a printed design.   Looney Tunes is an American animated series of short comedy films that is produced by Warner Brothers. It was launched in the 1930s and ran throughout the golden age of American animation, and it's now one of the most recognised cartoon brands in the world.

With some of the most popular animated characters of all time, including Bugs Bunny, Daffy Duck, Tweety, and Road Runner, Looney Tunes has gone on to spawn several TV series, feature films, comic books, music albums, video games and more.  The Lola Bunny Water Bottle is an officially licensed Loony Tunes product.