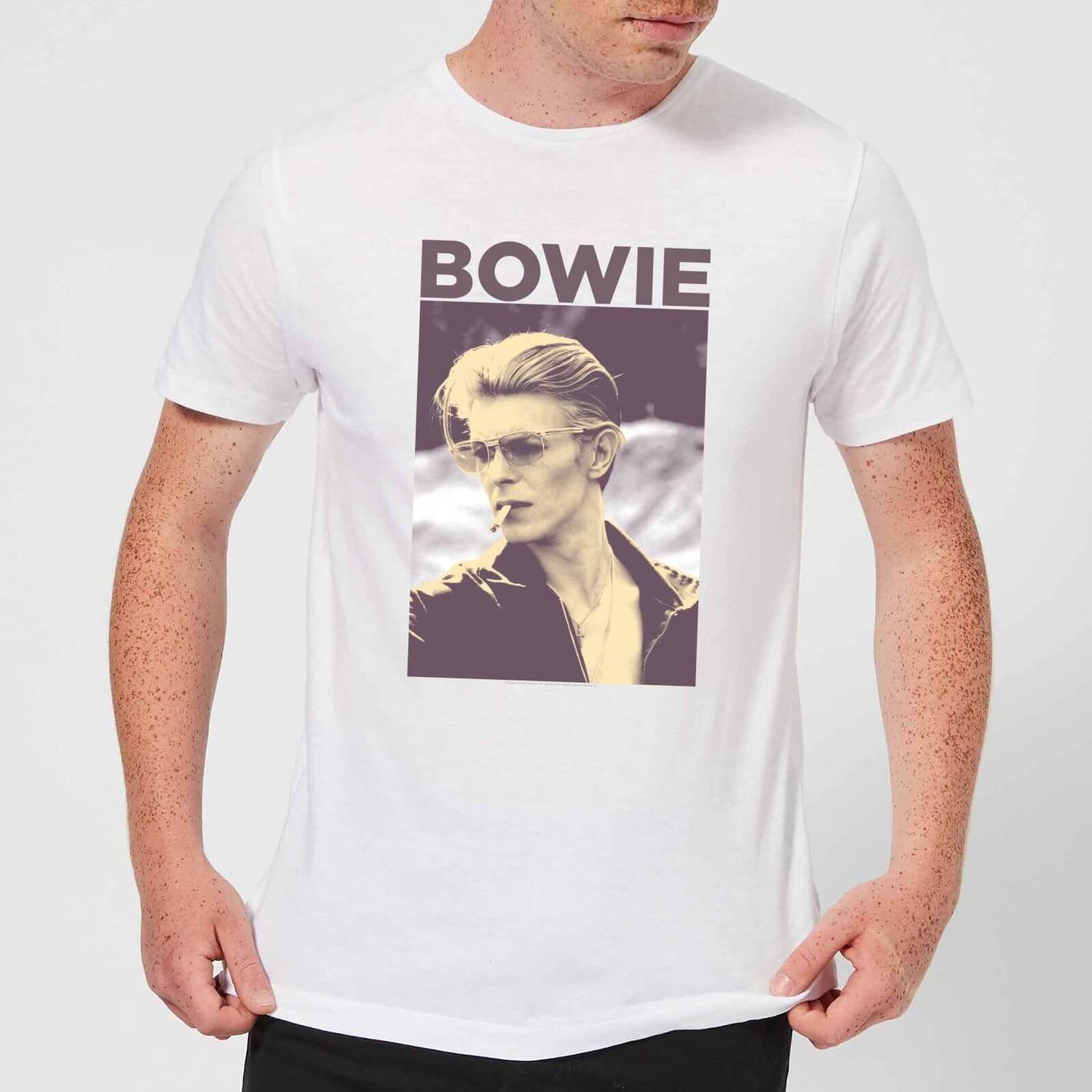 A global icon who made music what it was in the 1970's. Sited as a major influence on 20th century pop culture, David Bowie released music that impacted society unlike any other music had before. Inspiring people to be who they want to be with no boundaries, he was an innovative icon who changed his generation.

The fantastic David Bowie Smoke Men's T-Shirt is a one-of-a-kind product, exclusive to our site.

Providing something different, it seperates itself from the crowd with a pronounced print on a White T-shirt.

(We don't cut corners when implementing the best ethical practices, and this extra step will leave you feeling satisfied with your decision.)

Additionally, our measurements make considerations for different bodies, both male and female. If you have a preference for looser-fitting clothing, please order a larger size.

The sound of a generation, breaking boundaries for music artists around the world. David Bowie was and still is one of the biggest pop culture icons of all time. Instantly recognisable music as well as his outfits, he was a god amongst men. With hit albums like "Aladdin Sane" and "Diamond Dogs", he was hailed for his innovative work in the 1970's creating a new style of rock star and a new genre of music. Named as a major influence on many other music artists work like Nirvana, Madonna and The Killers, the legacy of David Bowie lives on after over 40 years of musical innovation.