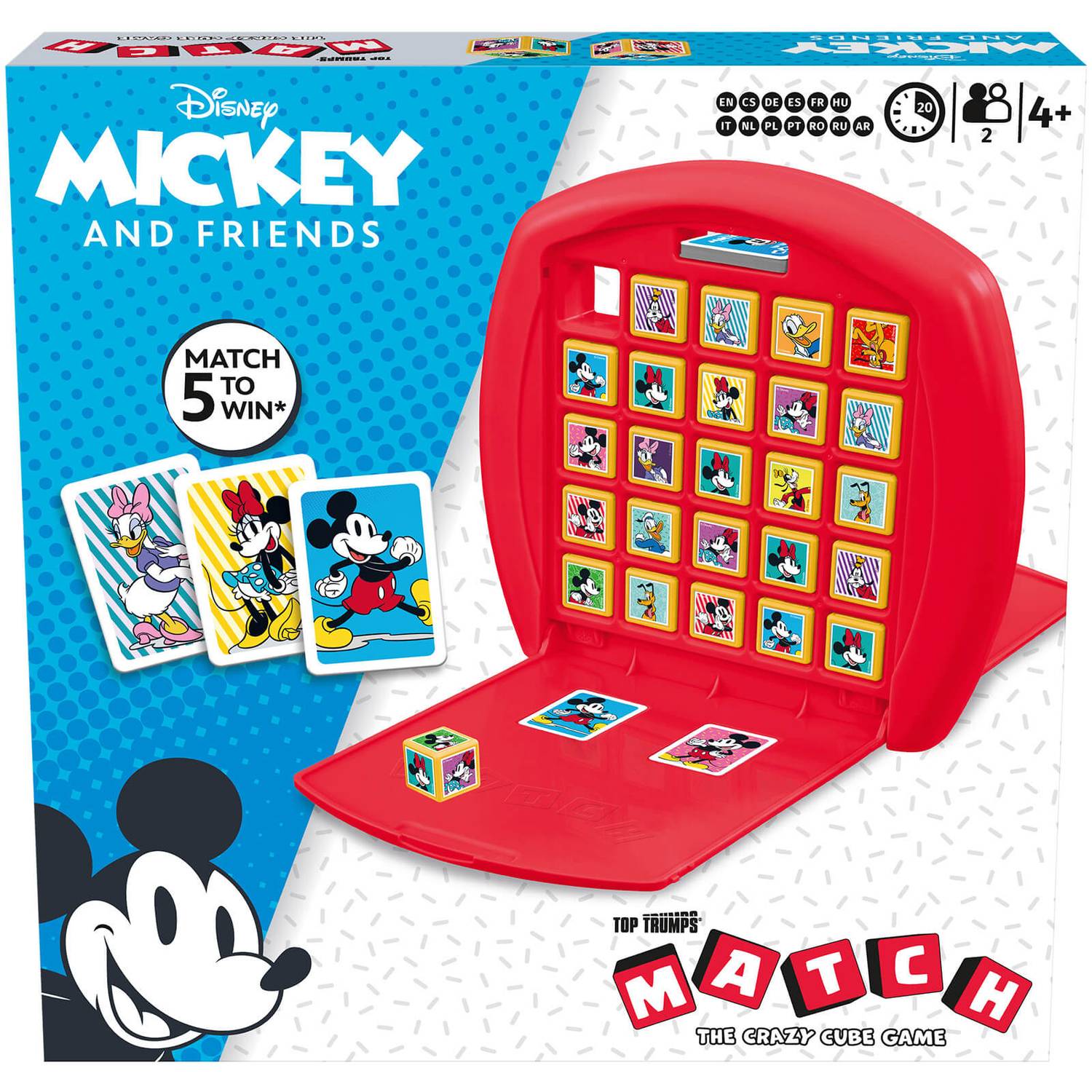 Top Trumps Match meets classic Disney magic in this charming new edition of the crazy cube game. Be the first to match five in a row of your favourite character by taking it in turns to push out one cube and add another. Featuring some of the most beloved animated heroes in Disney history, including Micky, Minnie and Pluto, this competitive two-player game is guaranteed to delight Disney lovers of all ages. Train your memory and push out your opponent’s cubes, while trying to line up five of the same character yourself, either horizontally, vertically or diagonally. But watch out - if your opponent’s Top Trump card matches your row, they steal your win! The game grid also serves as a carry case for easy storage and transportation - perfect for taking your game on the go. Take Donald, Daisy and Goofy on all your adventures and get everyone to join in, with Top Trumps Match.