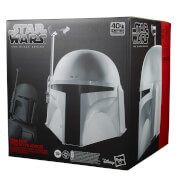 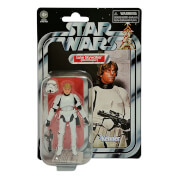 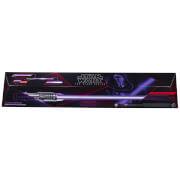 Journey to a galaxy far, far away with Zavvi UK and shop this official Star Wars Toy! Collectors and fans of all ages can recreate classic Star wars Saga scenes, imagine their own or display this incredible Vehicle and Figure set in their home.

The snowspeeder is a type of T-47 Airspeeder modified by the rebel alliance in Star Wars: The Empire Strikes Back (1980) so that it could be used on the ice planet of Hoth. This model of Snowspeeder was used in the Battle of Hoth against the Galactic Empire and is known for being able to take down the Imperial Armoured All Terrain Transports with its tow cables.

This incredible scale replica toy also comes with a Dak Ralter figure! Dak Ralter is the Starfighter Pilot and Aerial gunner for Luke Skywalker during the Battle of Hoth. He served in the Rogue Squadron and served the Alliance, in the hopes of restoring the Republic during the years of the Galactic Civil War.

In Star Wars: The Empire Strikes Back (1980), Luke Skywalker, Han Solo, Princess Leia and Chewbacca are attacked by the Imperial forces and AT-AT walkers on the planet Hoth. Luke travels to Dagobah in search of Yoda but feels the force compelling him to seek out Darth Vader and fight him in an epic Duel.

This film was incredibly popular, and now fans can own a piece of Movie History with the Hasbro Star Wars The Black Series Toys.

The 6-inch-scale Black Series Snowspeeder Vehicle Replica and the Dak Ralter action figure are detailed to look like the vehicle and character from Star Wars: The Empire Strikes Back, featuring premium detail and multiple points of articulation. They are lifelike and authentic, inspired by the cult classic film!

Fans will love this piece of official Star Wars Merchandise so don’t miss out!