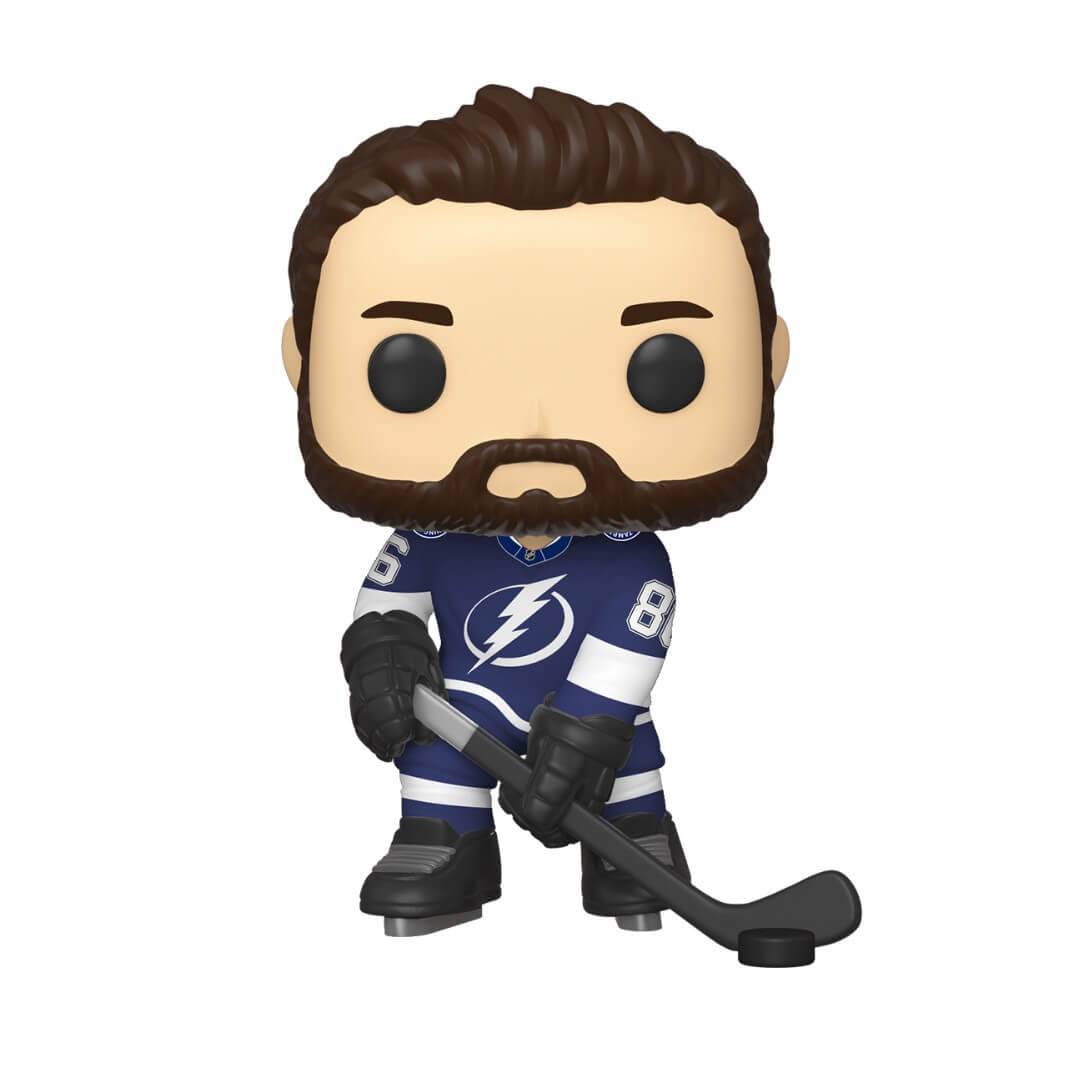 The all new NHL Pop! Vinyls are in! Born in Maykop, Russia, Nikita Kucherov started his hockey career in Russia at CSKA Moscow. In 2019 Kucherov was voted as the best player by fellow NHL players.

He made his debut in the NHL with Tampa Bay Lightning, November 25th 2013.

with his first shot, on his first shift, against Henrik Lundqvist of the New York Rangers, Kucherov became the seventh player in Lightning history to score a goal in his NHL debut. This Pop! Vinyl will save your game!