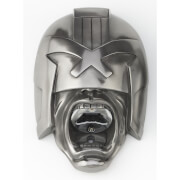 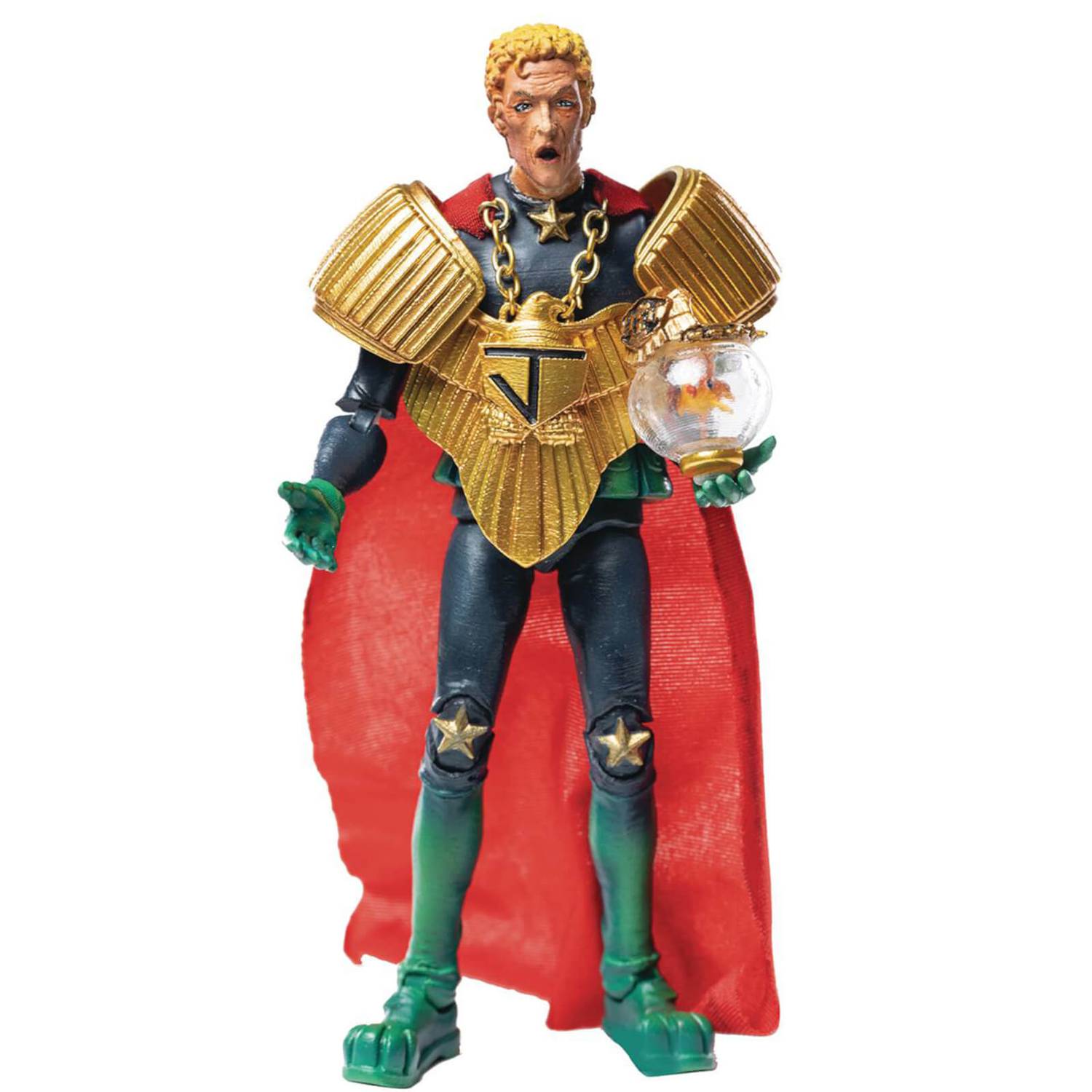 From Hiya Toys. A PREVIEWS Exclusive! He's the madman who appointed a goldfish as his deputy and sentenced an entire city to death for defying his megalomaniacal will, and now he's the newest Judge Dredd Exquisite Mini from Hiya Toys! At 1/18 scale, this Chief Judge Caligula figure features 16 points of articulation and comes dressed in Cal's Chief Judges' uniform, including oversized torso shield and cape.

He also comes with a scale model of Deputy Chief Judge Fish encased inside his ornately decorated goldfish bowl, and two swappable heads — one displaying the smug grin of a tyrant, the other an open-mouthed scowl about to deliver a cruel outburst that could easily condemn millions more to death! This PREVIEWS Exclusive figure is one that Judge Dredd fans won't want to miss!