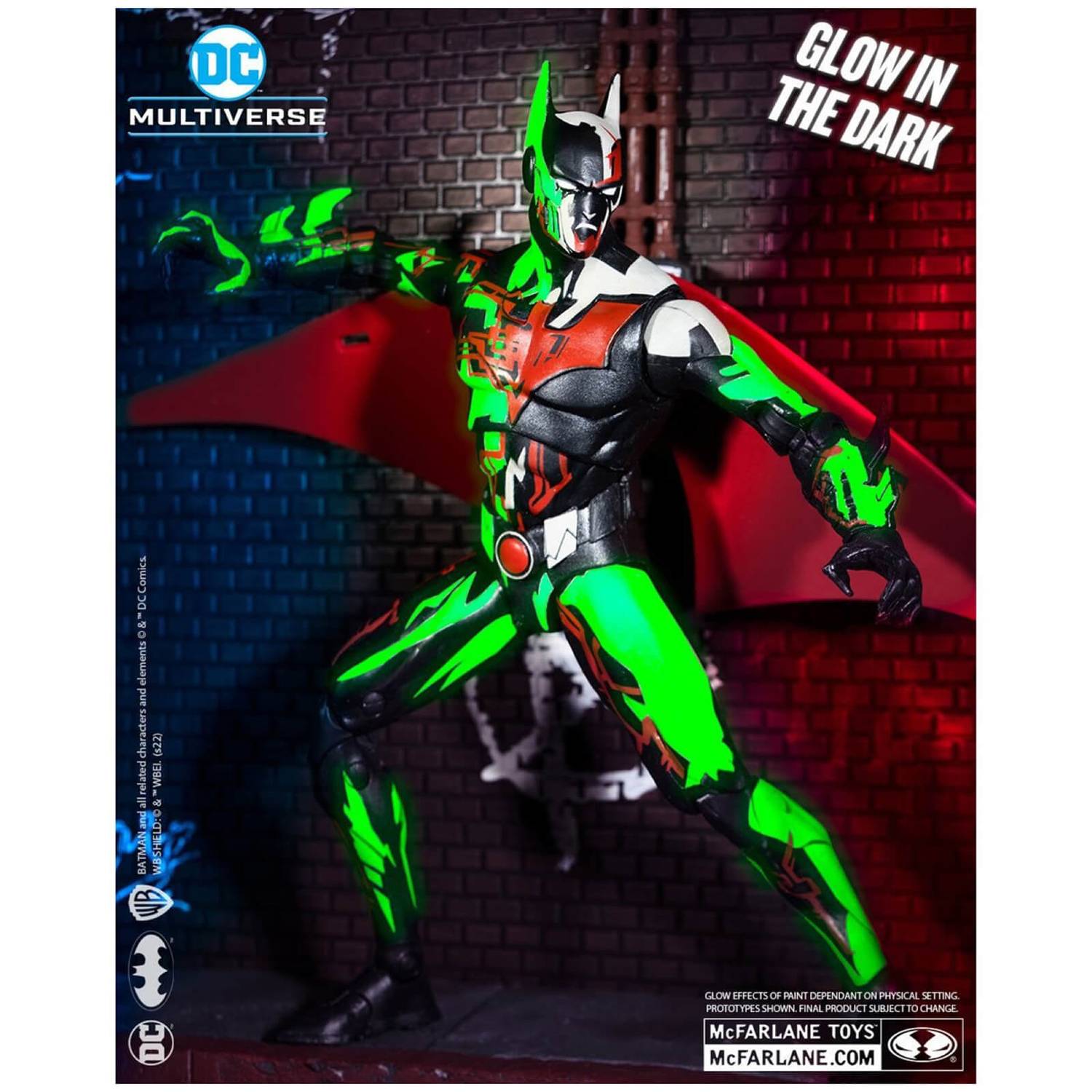 Terry McGinnis was just an ordinary teenager until his father is mysteriously killed. Suspecting foul play, Terry meets an older, bitter Bruce Wayne and learns a secret hidden for decades. When Bruce refuses to help, Terry steals and dons a high-tech, tricked-out Batsuit in a quest to avenge his father's death… as Batman!

Based on his battle-damaged look in the Batman Beyond animated series, the Batsuit's circuitry is exposed with glow-in-the-dark details. This DC Multiverse Batman Beyond Glow-in-the-Dark 7-Inch Scale Action Figure - Entertainment Earth Exclusive also features ultra-articulation with up to 22 moving parts, for a full range of posing and play. Batman Beyond comes with a batarang, 2 jet-booster effect parts, a pair of alternate hands, and a flight stand! Plus, there's a collectable art card with Batman Beyond figure photography on the front and a character biography on the back. Light up the crime-ridden streets of Gotham with this exclusive action figure!