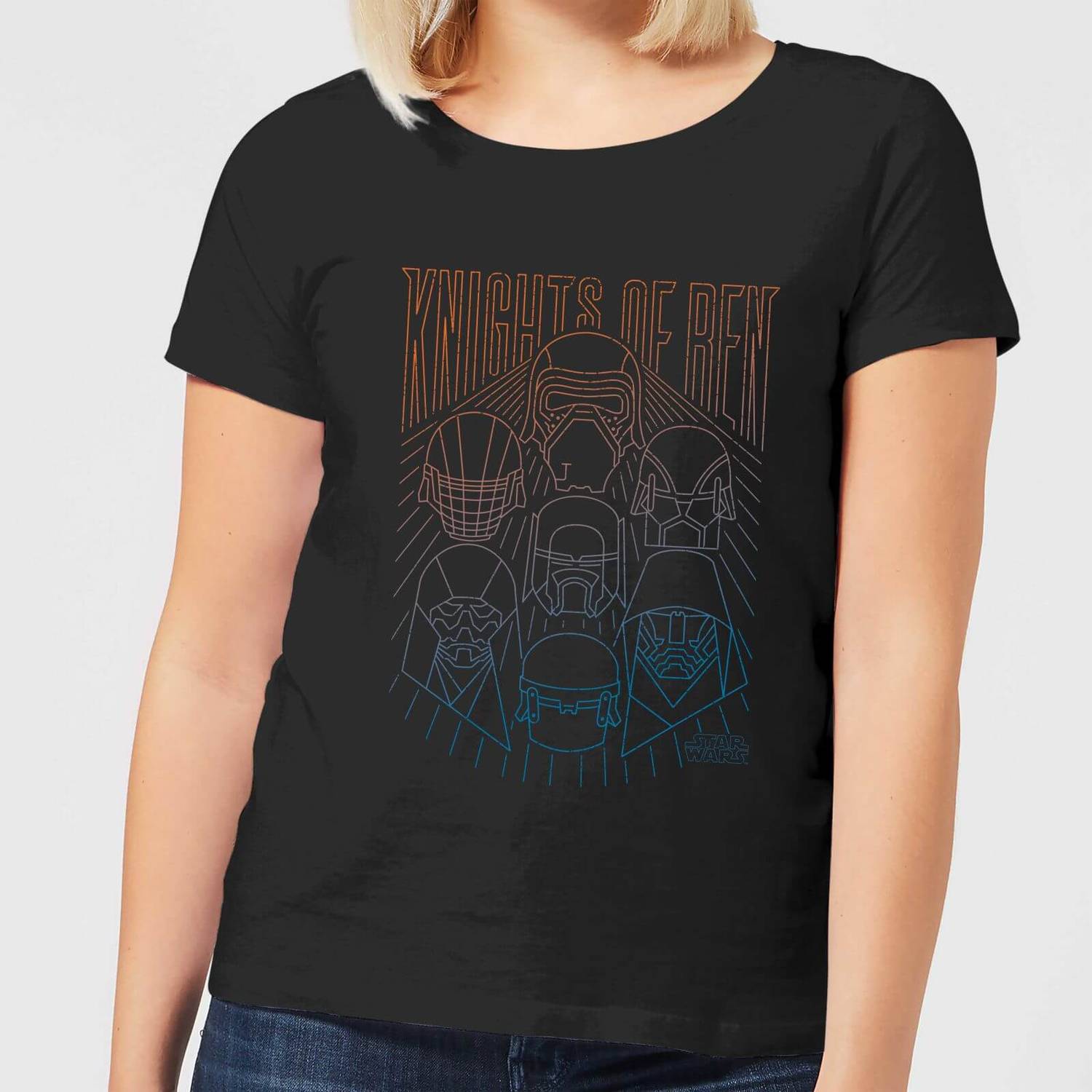 This fabulous Star Wars Knights Of Ren Women's T-Shirt is a special creation, built by us.

Specially created by our talented team of in-house designers, the printing creates a classic look on a Black shirt.

You'll find that all our clothing is specially sourced to meet ethical considerations. Everything has been done to make sure our clothing range meets the highest ethical expectations.

Our T-Shirts all feature a relaxed fit which is appropriate for all body types - both male and female. If you're looking for something slightly less snug, please order a size up.