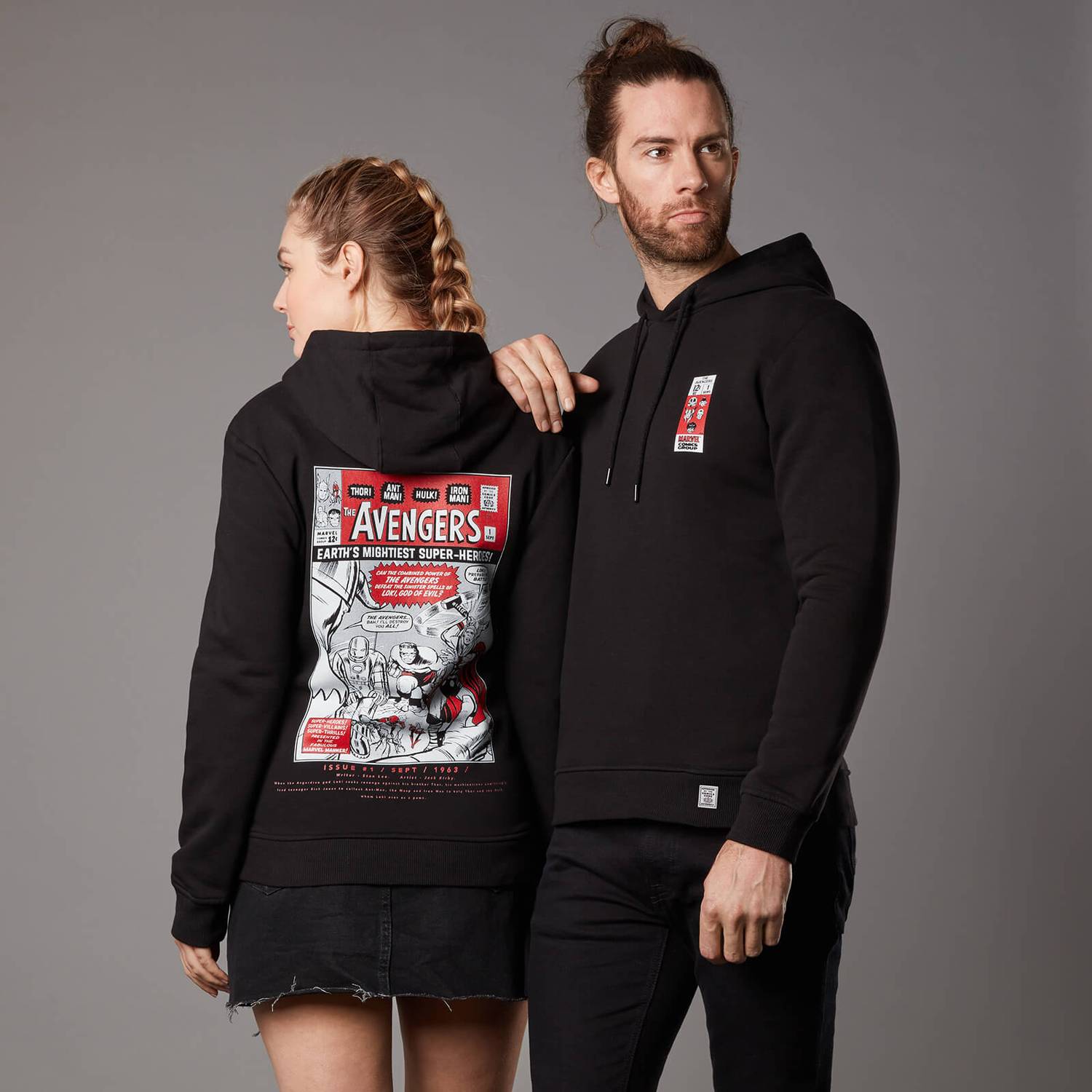 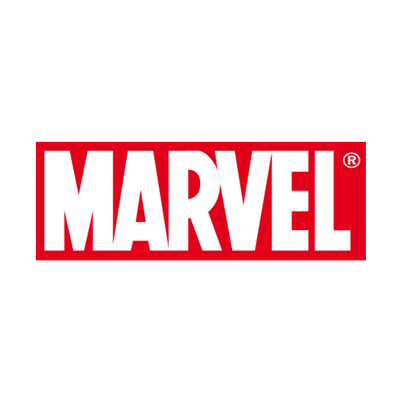 The Avengers: Earth’s Mightiest Super-Heroes! Published in 1963, “Can the combined power of The Avengers defeat the sinister spells of Loki, god of evil?”. Thor, Iron Man, Ant Man and the Wasp all receive a false radio signal sent out by Loki saying that Hulk was out of control in the city. Intended only for his brother, Loki hopes to defeat him as Thor as this is more victorious than when he is Dr. Don Blake. Not knowing his signal had been heard by the other superheroes Loki is met by all the superheroes and falls through a trap door opened by Ant-Man’s ants above a lead-lined tank. Celebrating their success, the team realise how well they work together. The Wasp suggest they should work together in the future and call themselves the Avengers. Female model is 172cm and wearing a size S. Male model is 180cm and wearing a size M. 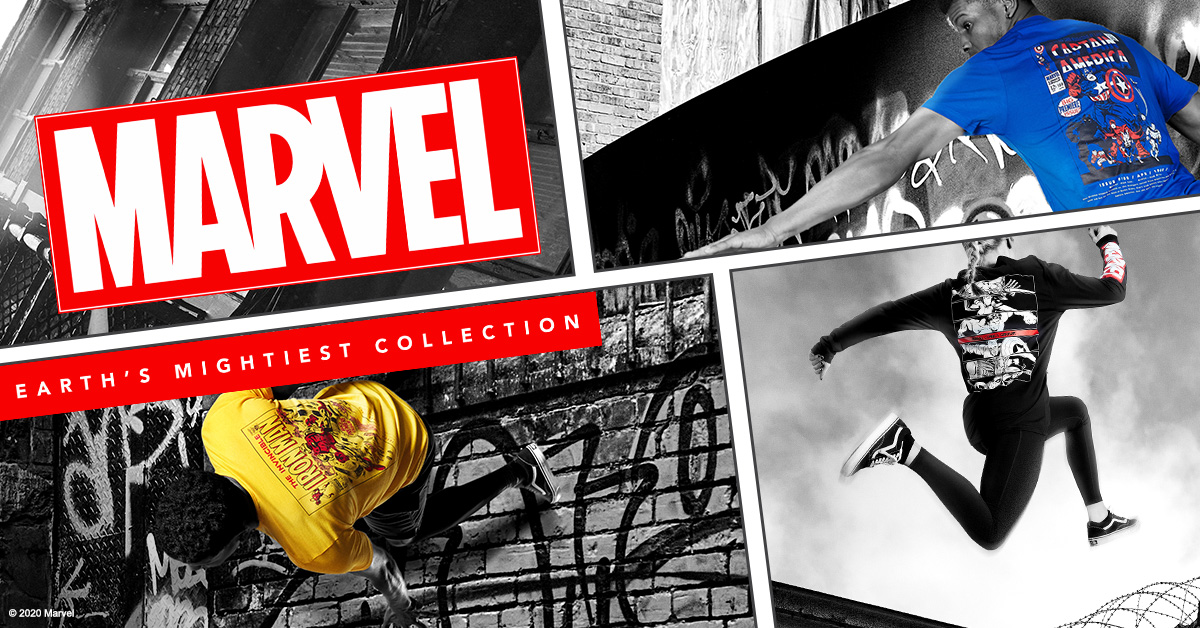 The famous comic book company was named Marvel in 1961 but was created in 1939 by Martin Goodman under Timely Comics with their first comic book Marvel Comics No. 1. The Marvel era begun with the release of Fantastic Four #1 and continued to create some of the most famous superhero’s and superhero team’s such as Spiderman, Iron Man, Black Panther and the Avengers. This was known as The Silver Age and a time where comic books really took off and Marvel created timeless characters and stories which are still loved today.