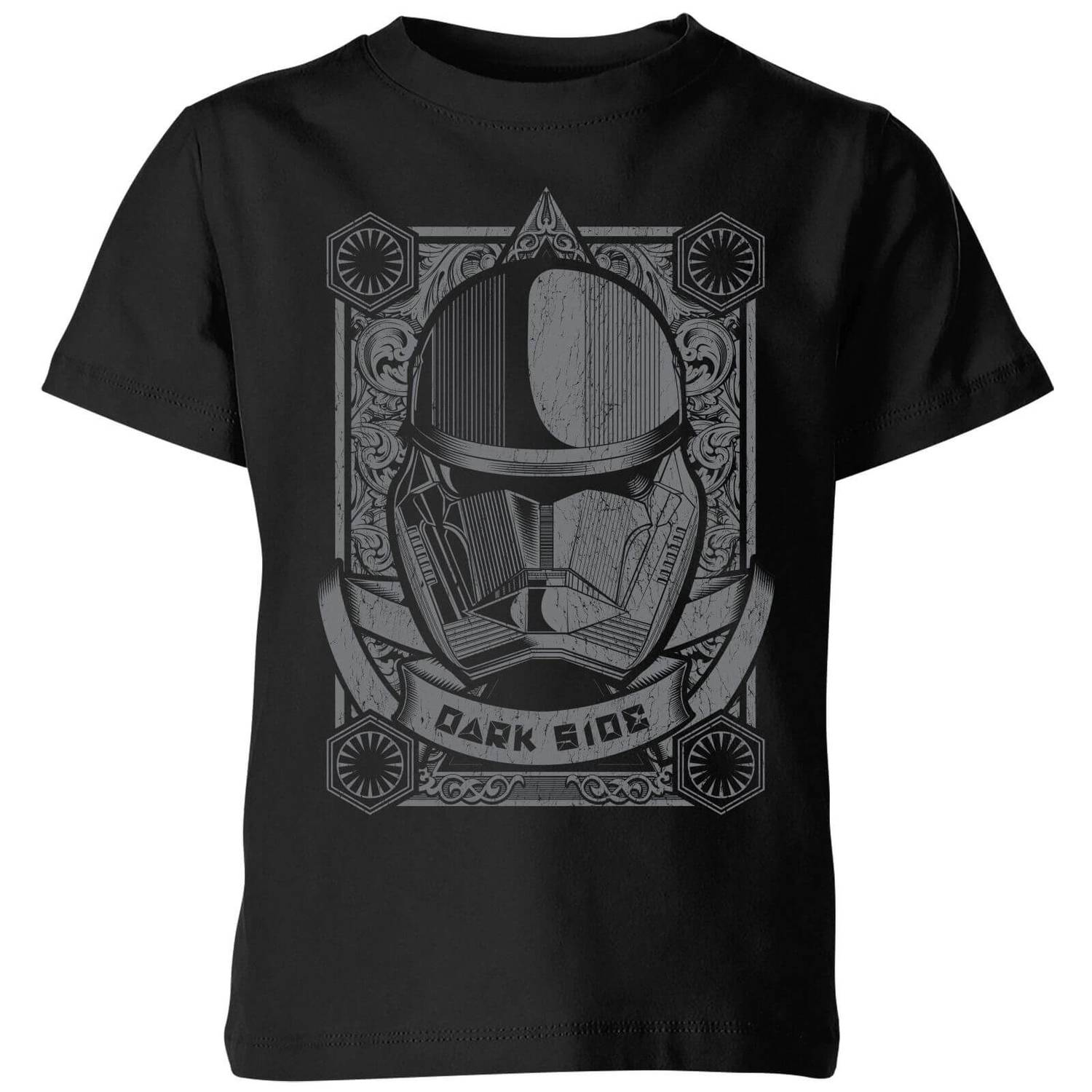 The Star Wars Darkside Trooper Kids' T-Shirt is only available from us, showcasing a one of a kind design.

Developed in-house, this product includes a visually stimulating print on a Black backdrop.

This product meets ethical sourcing standards. So you can be assured that any purchases meet the highest ethical standards, and everything has been done to avoid exploitation.

Our kids' tees have a relieved fit that's well suited for a variety of body types. If you're looking for something slightly less snug, please order a size up.